While it isn't a perfect game, Mario Strikers: Battle League delivers as advertised. 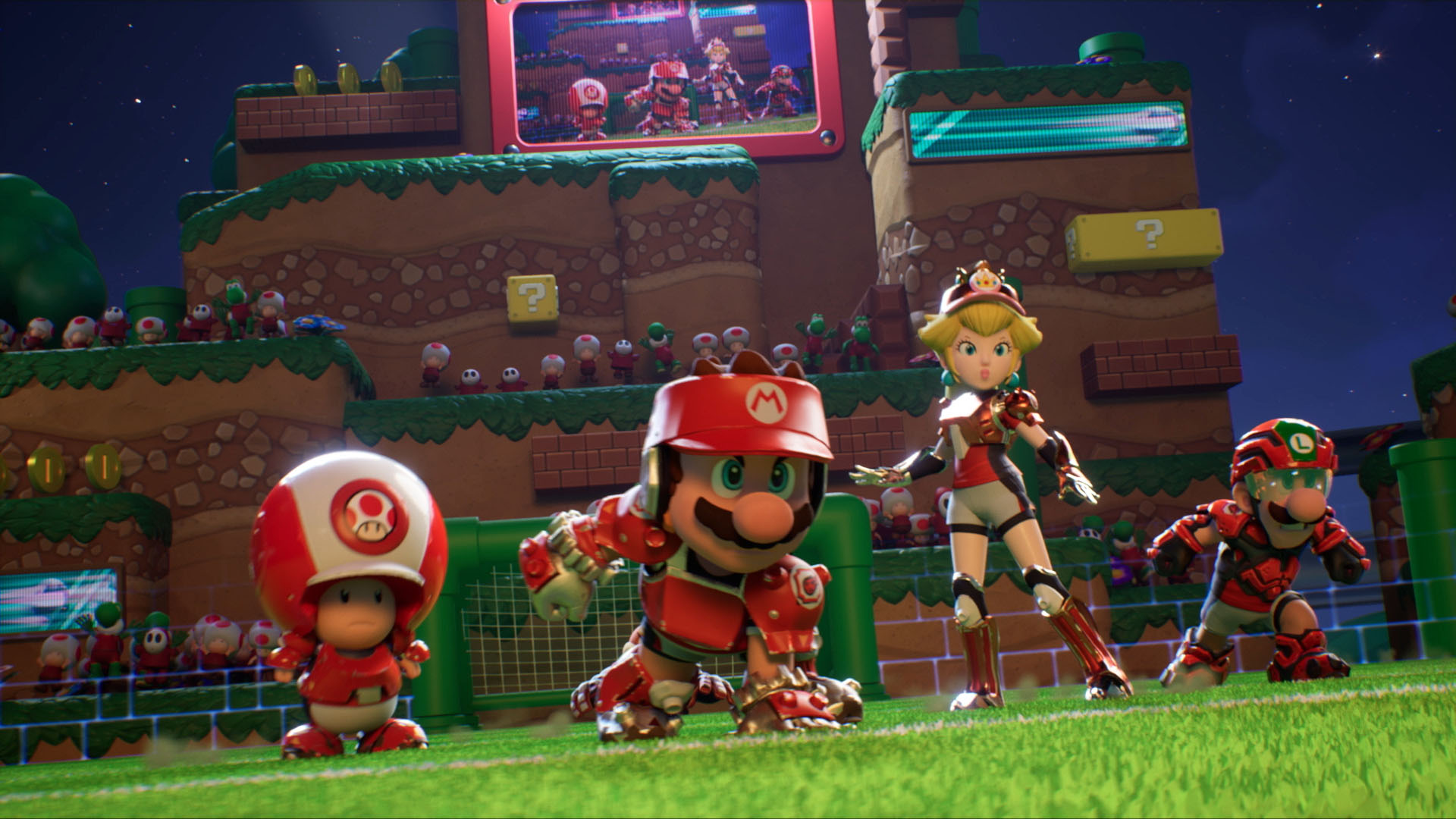 Over the past few years, Switch fans have been treated to plenty of appearances from the mustachioed plumber, be it in his own traditional games, or through one of the platform’s various sports titles — the latest of which being Mario Strikers: Battle League.

The third entry into the Mario Strikers franchise and a long-awaited follow-up to the 2007 Wii game Mario Strikers Charged, Battle League takes the best aspects of its predecessors and perfects them to offer a competitive and fulfilling gameplay experience.

Mario Strikers: Battle League goes from strength to strength, but it isn’t without one noticeable hole that has plagued many of the plumber’s sports-centric titles. Fortunately, there is a potential fix.

Starting things off with gameplay, Mario Strikers: Battle League will instantly feel familiar for those who have played either of the previous titles in the series. Building upon this familiarity, Battle League boasts the most extensive control system to date.

As you shoot, pass, and tackle your way through matches, you can take advantage of a variety of different ways — to play depending on your character choices — and for the first time, you have the option to add equipment to alter the stats of your team.

While the equipment systems seem unnecessary at first, as you move further through the Cup Battles, you’ll eventually need to optimize your team to beat the AI. These optimizations feel rewarding and get the player thinking about their team composition, both before and during a match.

A new addition made for Battle League is the Strikers Club. This online mode allows teams of players to face off from all around the world. At the time of writing, the first season just kicked off, but based on my time with standard online play, this competitive mode does seem like a great idea, and hopefully it’ll keep committed players coming back.

Mario Strikers: Battle League performs exceptionally on the Nintendo Switch. Given the relatively simple gameplay and small, closed-off arenas, you’re not going to have any framerate issues or other performance problems.

The controls are greatly improved from the motion-centric ones in Charged, but this is to be expected given the Nintendo Switch’s form factor.

During online play, I had no problems with my connection while playing alongside or against other players, making for an enjoyable and enticing online experience.

The only problem you’ll find with Mario Strikers: Battle League is that there just isn’t enough variety. You’ve got a great selection of characters to choose from, and having customizable gear to optimize their stats is helpful, but there could always be more options to choose from.

Furthermore, there are currently only five stadiums to pick from, and while the areas you play in aren’t the most important factors when it comes to the overall experience, having more would give each match more variety and help keep things feeling fresh.

Of course, future DLC could remedy this issue, but it remains to be seen what this will look like and how much it will inevitably add to the overall experience of Mario Strikers: Battle League.

If you’re a fan of the Mario Strikers series — or just Mario sporting titles — then you’re going to love Mario Strikers: Battle League. The game offers a polished, fun, and problem-free gameplay experience for players of all levels of commitment.

If you’re a casual player, then this is the perfect title to hop on it and have a few games. On the other hand, if you’re looking to play competitively, then you’ve got plenty of options both with the standard online battles or by teaming up with friends for the new Strikers Club mode.

Sure, there is room for improvement with regards to the number of maps and characters currently available, but hopefully, this will just be a temporary issue and new additions will be made to keep committed players switching things up after launch.

While it isn’t the perfect game, Mario Strikers: Battle League is one of the best Mario sports games for Nintendo Switch and something that shouldn’t be skipped.

A copy of the Nintendo Switch version of Mario Strikers: Battle League was provided to us by Nintendo.

While it isn't a perfect game, Mario Strikers: Battle League delivers as advertised.