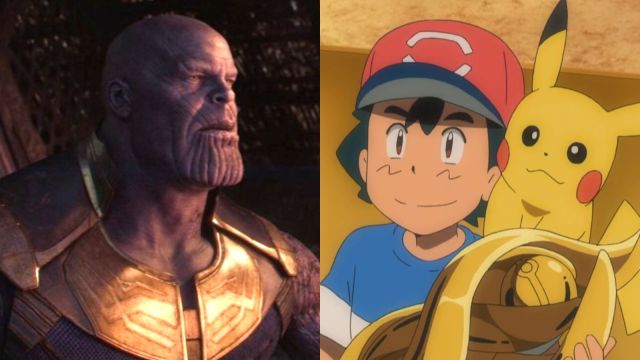 Images via Marvel Studios and The Pokémon Company

Pokémon has a lot of memorable moments over the past few decades of games, but nothing can beat the feeling of completing something in the game. Whether that may be the main story, side quest, or finally finishing off those last pages in the Pokédex. Now, PokéFans have gotten creative as they found the best format to express how they felt during those times using a notable character in all of pop culture — Thanos from the MCU.

Fans began to reminisce their favorite moments when playing Pokémon which made them feel something similar to the posts shared by the two OPs.

Fans also began to have existential thoughts about the idea of “the final save”. What defines as a final save file? And why do we feel sad once we finish something? These are the questions that really need answers. But regardless, the feeling of revisiting old completed save files has something nostalgic about them.

Pokémon had plenty of memorable moments, when looking back, you feel nostalgic. Whether it’s completing the main story, catching them all, or finally moving on to a new title, nothing beats the feeling of pressing save one final time. But you know what, just because one thing ends doesn’t mean it’s over. And with Pokémon releasing a brand new title very soon, the cycle will continue.