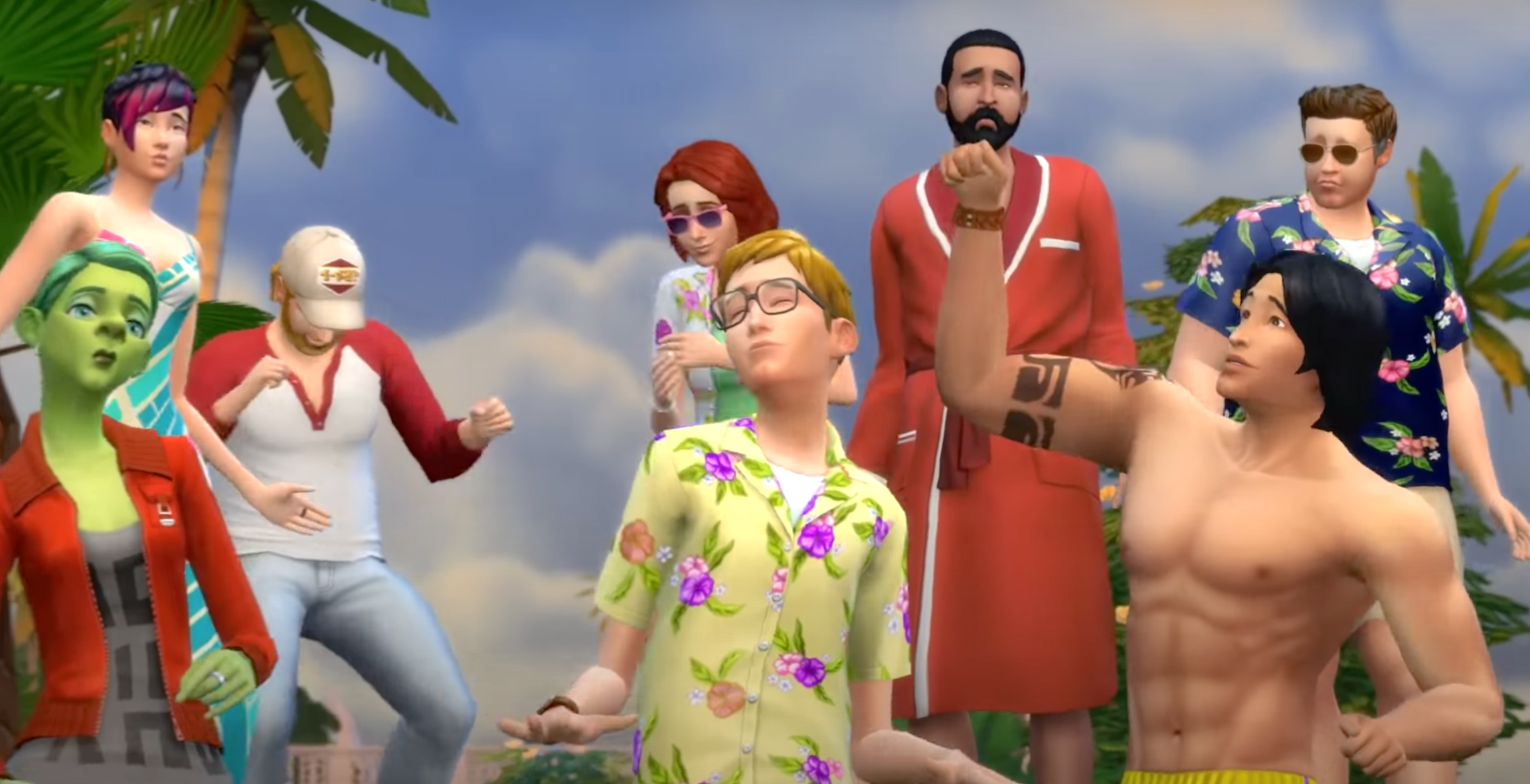 EA Play is a gaming subscription service that gives members access to certain games, member-only content, challenges, and the ability to play trials of upcoming releases. You get more rewards, content, and access to top video games for a monthly subscription price. Enjoy the benefits by subscribing to Xbox Game Pass and gaining access to the following best EA games.

This game makes you go to hell and back, literally. Dante’s Inferno is a third-person perspective action-adventure game with platform gameplay, environment-based puzzles, and fast-paced combat. It was developed by Visceral Games and received critical acclaim for its impressive qualities, such as the compelling storyline, exceptional voice acting, and artistic depiction of hell.

Based on the first canticle of Dante Alighieri’s Divine Comedy, you play as the protagonist Dante, a templar knight from The Crusades. Dante is condemned to damnation after committing numerous crimes against humanity during the Third Crusade. However, Dante refuses to accept his fate, and after defeating the devil and stealing his scythe, Dante saves himself. However, after his lover, Beatrice, is taken by Lucifer, Dante must travel through the Nine Circles of Hell to rescue her.

This line from the trailer perfectly sums up the nature of the game: “A man who fears no death, in the nine circles of Hell, learns quickly to fear his sins.”

So try the game today, and while you’re at it, go to hell.

FIFA 21 is a soccer simulation game published as the 28th installment of the FIFA series. The sport, which Americans call soccer and Europeans call football, is the game’s primary focus. You must use teams based on real-life players and be methodical and creative about your gameplay, just like actual soccer.

With the new installment, you have more control, more realistic players and crowds, and a bomb soundtrack. There are multiple modes, such as career mode, tournaments, and online gameplay. You’ll use FIFA points to purchase packs and build your Ultimate Team or enter an Ultimate draft.

These features, coupled with being entertaining as heck, make it the most famous soccer game.

Be like Evil Knievel in the arcade-driving game Burnout Paradise Remastered. The original Burnout was released in 2008; however, the game’s creators knew they had a good thing and decided to build on this previous installment. So, in 2018, they released the remastered game, which delivers all the original game’s features along with additional downloadable content and enhancements that improve game quality and authenticity.

Partake in intense stunts, jumps, and shortcuts, work with your friends to complete online challenges, or just harass them by wrecking their car.

There’s something for everyone with over 100 playable cars, engaging gameplay, and destruction galore.

Dragon Age: Inquisition is the third major game in the Dragon Age franchise and arguably the best. Developed by BioWare, it’s an action role-playing adventure game where you must make difficult decisions and pave your own path.

Catastrophe has plunged the land of Thedas into civil unrest, and dragons in the sky cast a shadow over the nation. The mages are at war with the oppressive templars, and chaos abounds. As the main character known as the Inquisitor, you and your allies must conquer and restore order. By leading the inquisition, you must defeat enemies and close the mysterious tear in the sky named “the Breach,” from which demons emerge.

The skateboarding extreme sports video game Skate 3 is the franchise’s third installment and was developed by EA Black Box. It takes place in the fictional city of Port Carverton, which supports skateboarding, unlike the previous game. As the main character, known as “The Legend,” your goal is to create a successful skateboarding team and sell one million skateboards by completing challenges.

It’s an open-world game from a third-person perspective. This installment introduces new features such as park builder, novel tricks, and “Easy” and “Hardcore” modes, unlike the previous games, which only had “Normal” mode.

So feel like Tony Hawk and get on that skateboard!

Developed by Hazelight Studios, A Way Out is a story-driven action/adventure role-playing game from a third-person perspective. From the creators of Brothers – A Tale of Two Sons, it was a success and sold over one million copies in two weeks.

It’s a purely cooperative experience, meaning that you must play with a friend locally or online to unfold the story of Vincent and Leo, two prisoners who team up to escape together and evade authorities. The cooperative gameplay is set in a way in which the stories of both protagonists are told simultaneously, meaning one person might be controlling one character while the other character watches a cutscene.

It’s an intense choice-based game that’s worth checking out. The caveat? You must be able to work together and communicate with the other player.

So team up with a friend and explore the unlikely bond between Leo and Vincent to overcome obstacles and get to freedom. And its killer ending will have you in tears.

This third-person action/adventure game from Respawn Entertainment follows the adventure of Jedi Padawan Cal Kestis. Assisted by a former Jedi Knight, a cross pilot, and a plucky droid, you must go on a quest to rebuild the Jedi Order after the purge of Order 66 following the events of Star Wars: Episode III – Revenge of the Sith.

It’s a narrative-driven single-player game in which you must complete training, develop Force abilities, and master the lightsaber while evading the dreaded Galactic Empire. You’ll engage in cinematically-charged lightsaber and Force combat, reflecting the intense fight scenes seen in Star Wars films.

The game received positive reviews and saw commercial success, selling more than 10 million copies in 2020. A sequel is also in the works, meaning that all the aspiring Jedi Knights out there have something to look forward to.

The game has both multiplayer and single-player capabilities. In the single-player campaign, the player re-assumes the role of Preston Marlow, the protagonist of Battlefield: Bad Company, in a story-based narrative. On the other hand, the multiplayer capabilities are expansive as it has maps that allow for five different game modes and contains a variety of vehicles, aircrafts, and emplacements. The multiplayer mode is class-based, meaning you choose from assault, engineer, medic, and recon classes. It also features several game types, including conquest, onslaught, squad, deathmatch, and squad rush.

It was well-received by critics, and it’s an essential game for those with the EA game pass in the market for a first-person shooter.

“Get ready to soil your plants!” in this popular action-strategy adventure. You must defeat hordes of hilarious zombies using your army of plants. Collect defenders such as Sunflower, Peashooter, and Lava Guava to deflect zombies such as the Jetpack Zombie and Mermaid Imp. Battle through 11 fun worlds from Ancient Egypt to the Far Future with more than 200 levels, fun mini-games, and challenging gameplay. In addition, compete against other players in the arena to earn coins, pinatas, and more to reach the top of the leaderboards, level up through Leagues, and become the ultimate “garden guardian.”

Exercise your creativity, make your dream world, and enjoy the power of controlling other people’s actions in Sims 4. But with great power comes great responsibility, so make sure your Sims don’t starve. In this game, you can customize everything from the appearance of your Sims to the homes they live in. You can also develop relationships between Sims, pursue careers in-game, and express your own uniqueness through your Sims’ actions.

Numerous expansion packs give you a multitude of features that are worth checking out. So immerse yourself in this fun game, but be warned that you might become addicted and dedicate hours to developing your make-believe video game life.