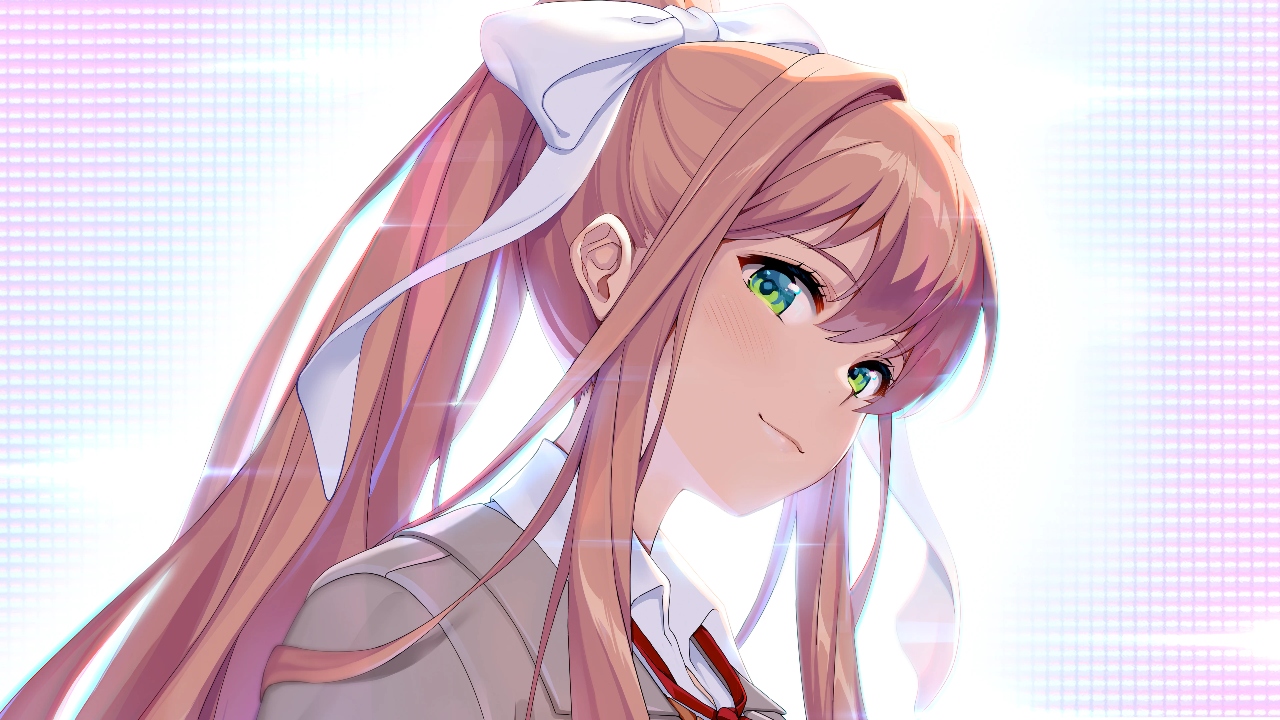 Visual novels are among the lesser-known video game genres, presumably because they require a much longer attention span than perhaps Call of Duty or Fortnite. Not many gamers are overly familiar with visual novels, but the definition is essentially a semi-interactive format of digital storytelling. Quite often, but not always, visual novel games require choices that progress or alter the narrative in some way and therefore make the games more personable than the average off-the-shelf picks for action-adventure games, for example.

Additionally, visual novels feature text-based storytelling and limited animations of static, sprite-based characters. These designs are often drawn using an anime-style art form and — in rarer cases — some developers use stylized 3D character models instead. Essentially, visual novel games are mixed-media novels that combine text, visuals, and sometimes voice acting to achieve a fleshed-out point-and-click experience. These games are far more prevalent in Japanese culture, but have become international fascinations in recent years. Often times, visual novels incorporate specific types of gameplay, such as problem-solving. In modern culture, visual novel games are making themselves more and more relevant, competing against global phenomena. Here are some examples of visual novel games that are exemplifications of their breakout genre.

Everyone knows who the Game Grumps are. They’ve made themselves a household name since 2012, but no one ever expected them to develop such a successful visual novel game as Dream Daddy: A Dad Dating Simulator. In Dream Daddy, players adopt the persona of a lonely single father who moves to Maple Bay with his daughter, Amanda, and can choose between several romantic candidates who live on the same cul-de-sac. Many dating simulators can be considered daylight pornography, but Dream Daddy has a certain tastefulness to it that makes it all the more appealing. The Game Grumps clearly handled this endearing project with care and nailed the transitions from comedic to serious at the drop of a hat.

2. Emily is Away Too

Missed Messages labels itself as a “modern romance” and on Steam, the visual novel is illustrated to be “a romance/horror story about life, death, and memes.” Already, that brief description should spark some interest, especially because the exquisite blend of romance and horror is a difficult feat to achieve. Somehow, Missed Messages manages to tick all the boxes. Be warned, the developers have advised that the game contains “visuals/mentions of suicide and self-harm.” Developed by Angela He, Missed Messages follows a college-aged girl living in one of her school dormitories with her roommate, May. It warrants multiple play-throughs and begs to be understood on a deeper, more personal level than most games that attest to sheer enjoyment. Missed Messages erases the stigmatization surrounding suicide and brings it to the forefront, making every player self-aware of potential risks all around them.

It’s such a simple concept, but so insightful and delightful. Coffee Talk — developed by Toge Productions— follows a barista working in a coffee shop in alternative-Seattle, innocently listening to the concerns of patrons in an “agony aunt” fashion while preparing beverages. Per IGN, the game features an “aesthetic inspired by 90s anime, pixel art, and the lo-fi chillhop genre of music.” Coffee Talk‘s visual novel elements are divided into reading dialogue and engaging in mini-games, but the main selling point for Coffee Talk is its stunning visuals. Although pixelated, the artwork undoubtedly steals the show. Come for the coffee, stay for the heartwarming experience.

Even if visual novels aren’t exactly your forte, Doki Doki Literature Club! is the Team Salvato brainchild that everyone has heard of. Although it presents itself as a lighthearted dating simulator, its cutesy exterior is deceptive of its true nature as a psychological horror. All is not as it seems. Doki Doki Literature Club! follows a high school student who reluctantly joins a literature club on the whim of his childhood best friend. From there, he can romantically pursue three out of the four female members, writing his way into their hearts with handcrafted poems. Doki Doki Literature Club! is among the most unconventional visual novels. It extensively breaks the fourth wall, uses a self-aware and intrusive approach to inspire discomfort and destroys all dating simulator clichés. Dan Salvato’s ingenious and diabolical creation is a love letter to the genre it represents and absolutely the first of its kind.

Developed by Beautiful Glitch, Monster Prom is a 2D dating simulator set in Spooky High, a fictional high school populated by all manner of monsters and the protagonist attempts to find a date to prom. Over many weeks leading to prom, the player must make choices to affect the way their love interest perceives them. In doing so, the love interest grows more inclined to attend prom with them. Monster Prom gained more immediate popularity for its inclusion of straight, gay, and lesbian dating options while allowing for any in-game gender and pronouns to be used. Having released in 2018, Monster Prom consists of pop-culture references, banter-based dialogue, and commentary based on self-referential monster lore and fiction. For a not-so-average dating simulator, Monster Prom has the exceptional writing, entertaining humor, and attractive character art needed to make every replay feel entirely separate to the last.

Goodbye Despair features an identical concept besides two major differences: the students are trapped on a tropical island and Monokuma is joined by a sentient stuffed rabbit called Monomi. The third Danganronpa game, Killing Harmony, mimics the familiar storyline, except the player can interact with the other characters in the form of dating sim-like events, investigate murders, and participate in “Class Trials” to uncover the culprit. Spike Chunsoft’s dark adventure game evolved into a franchise that includes manga, anime, and novels, and the Danganronpa series has distinguished itself from modern visual novels for its gruesome approach to anime-style storytelling.

8. Higurashi: When They Cry

Higurashi: When They Cry generates its immersive atmosphere with a primary focus on sounds. Its narrative is divided into separate story arcs or “chapters” and make the sequence of events more linear and accessible. There are four visual novels in the main murder mystery series that carry the same title — Higurashi no Naku Koro ni — and are considered the first entry in the When They Cry franchise, which revolves around the fictional rural Japanese town of Hinamizawa and the strange events that occur there during the summer of June 1983. The games initially star Keiichi Maebara — a transfer student who only recently moved to town — as the main protagonist who learns of the unusual happenings. Maebara learns that one villager dies religiously after the annual Watanagashi Festival and these mysterious deaths remain unsolved, known as the “Oyashiro Curse” by the superstitious villagers. When They Cry owes its success to its portrayal of horror and suspense, achieved by stimulating the senses rather than inducing purely text-based unease, and a well-scripted story that covers all bases for an evocative reading experience.

Japanese mystery romance visual novel Island was developed by Frontwing and stands apart from the studio’s other releases, many of which fall into the erogue (erotic novel) category. Island is inspired by the Japanese story Urashima Tarō and invites players to assume the role of Setsuna Sanzenkai, an amnesiac who becomes a servant for the Ohara family and uses a “cold sleep” machine to visit the future. Throughout the story, Island provides multiple options to choose from and progression pauses until a choice is made. Described by Frontwing themselves, the synopsis reads as follows: “The main character, washed up on the shore and claiming that he has traveled back in time, works with three girls from the influential families in order to challenge island traditions.” In 2018, a 12-episode anime television series adaptation aired on Tokyo MX and Crunchyroll streamed the series thereafter.

10. The House in Fata Morgana

Novectacle’s The House in Fata Morgana takes place in a mansion inhabited by a spirit with amnesia called Michael. Inside, Michael meets a maid, Giselle, and the two attempt to recover Michael’s memories by viewing the mansion in different time periods — 1603, 1707, 1869 and 1099 — and trying to decipher what happened to the former residents. The House in Fata Morgana was a runner-up for Hardcore Gamer‘s Best Story of 2016 award and has become one of the most well-known visual novel games. Published from 2015 to 2017, a manga adaptation titled The House in Fata Morgana: Anata no Hitomi o Tozasu Monogatari was written by Hanada and drawn by Kanemune. Without giving much away, The House in Fata Morgana is an original, incredibly dark and hypnotic slow-burn story that achieves the unfathomable in actually living up to the hype.