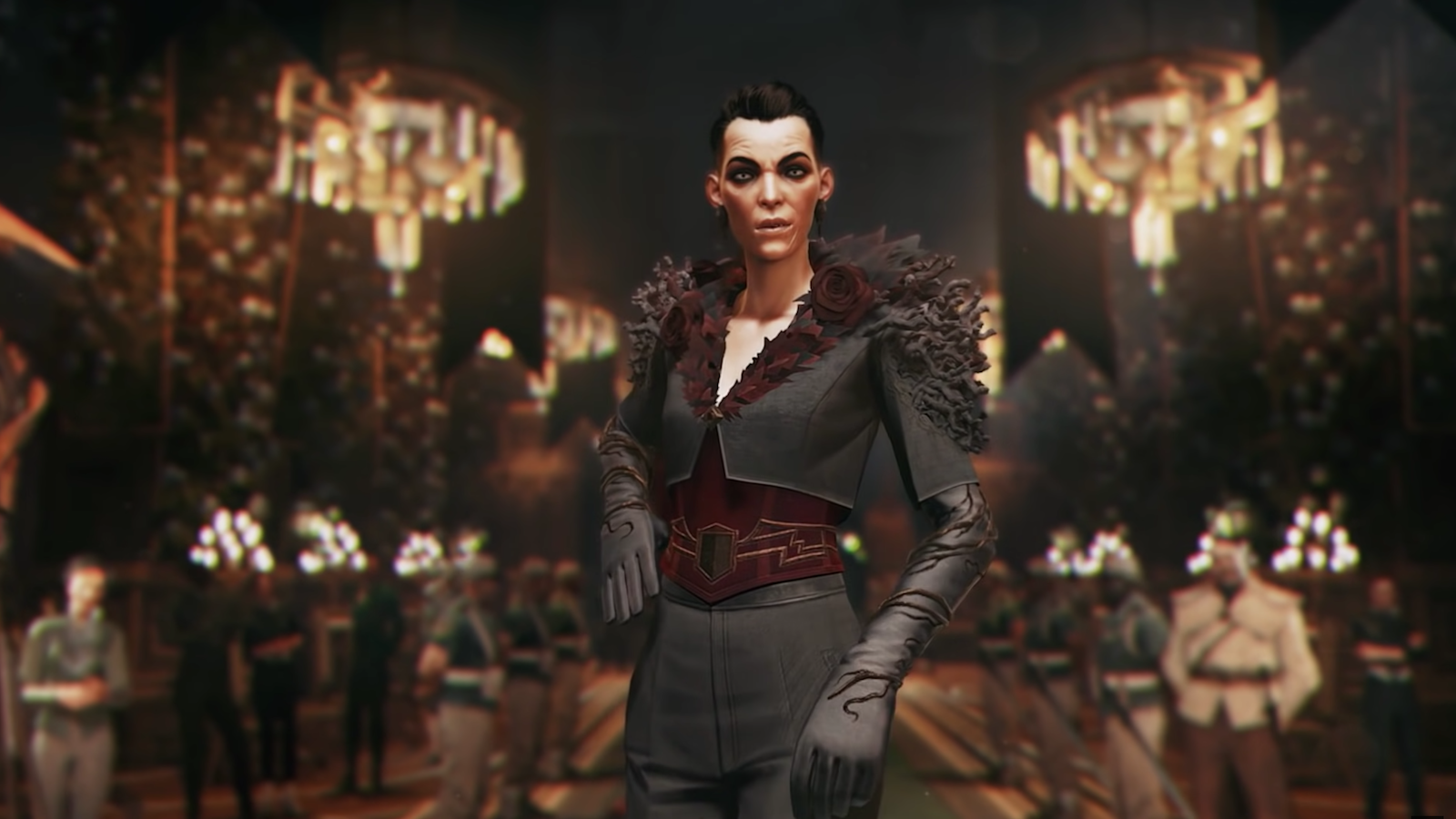 Sometimes you just want to sit back and lose yourself in an expansive and immersive video game experience. One of the best things about Xbox’s Game Pass is the incredibly deep library of games to try out.

However, the sheer number of games on Game Pass means that it can be hard to figure out what games to play and what to pass on.

That’s where this guide comes in. We’ll be taking a look at all of the best solo adventures available on the service. Also, if you’re more interested in co-op or multiplayer titles, we’ve got you covered too.

Before we dig in, so to speak, let’s do a quick refresher on Game Pass itself.

Every game we’re going to feature in this article is going to be available on Xbox Game Pass. For the uninitiated, Game Pass is a subscription service that gives users hundreds of titles to choose from – kind of like a Netflix for video games.

The service has different subscription tiers that provide various benefits depending on what you want out of the service. For more information about Game Pass, check out our comprehensive article on the service.

It’s hard to describe how truly special Hades is. Winner of numerous Game of the Year awards, it tells the story of Zagreus and his quest to escape the kingdom of Hades ruled by his father of the same name.

It’s an isometric roguelike dungeon crawler but what really makes the game shine is its narrative chops. This intense brawler features all the gods of Olympus pulling for young Zagreus to complete his mission. Use boons and power-ups to help complete runs and find out if it’s possible to escape Hades or not.

It’s also notoriously difficult, but fortunately there’s the option of a “God” mode that makes you a little stronger every time you die (you will die hundreds of times). I know that doesn’t sound fun but it is way more fun than it has any business being. Check out our review here.

Every once in a while a game comes along that’s so innovative and inventive that it almost becomes a genre of its own. Games like Portal, Bioshock and Dishonored are good examples of that, and Prey continues in that tradition.

In Prey, you’re Morgan Yu – a scientist on the space station Talos I. There’s a phenomenal twist right up front that I won’t spoil, but suffice to say it’s one of the cooler surprise moments in the history of gaming.

You have guns and melee weapons but you also have a skill tree that allows for special abilities (one of them involves turning into inanimate objects) to hunt down the evil aliens running rampant on the station.

The story keeps you guessing and you never know when an alien is going to pop out an attack after camouflaging itself as a chair or a microscope. This type of gameplay keeps things tense throughout the game’s sprawling story, which has a bunch of endings depending on who you decide to kill. Check out our review of the game here.

Hollow Knight is beautiful, pensive, gothic, and incredibly detailed. You play as The Knight, a small but mighty bug creature who exists to protect the kingdom Hallownest from evil and infection.

The gameplay is tight as a new belt and the combat is incredibly satisfying. There’s no sugarcoating though, it’s hard as hell. Also, every time you die you lose all your money and you have to go and find your soul and reunite with it. It’s a pain, but it makes you very aware of everything you do.

The music and sound effects alone would make this worth playing but the atmosphere and lore scattered around the fully detailed world really makes for a truly special experience. It’s hard not to root for the little guy too, as he’s constantly forced to fight off enemies many times bigger than he is.

There’s a level in Dishonored 2 called The Clockwork Mansion that’s so innovative and surprising that we won’t spoil it here except to say that it makes this game worth checking out on that feature alone.

Incredibly replayable, this sequel takes everything that was special about the first installment and amps it up ten notches. You play as either Emily and Corvo and your job is to murder a lot of people and supernatural beings, either stealthily or while banging a gong.

The game lays itself out differently depending on the choices made by the player, but all the abilities and stealth make it not only super-fun but immensely satisfying to complete. The levels themselves are basically playgrounds with numerous ways to solve them.

The action is fast-paced and there’s always that overlying tension that’s only present in the best stealth games. This one’s a classic.

The remake that no one thought would be anywhere close to being as good as the original ’90s game turned out to be just that. Frantic, frenetic, and loads of explosive fun, DOOM finds you once again holding the big freaking gun of Doom Slayer as he fights through hell to keep its hordes from completely eradicating Earth.

This one moves fast. Like really fast. What makes it so fun and fresh is how you can chain combos and perform berserker kills on demons one after the other. The story isn’t bad either, as developers took the time to really sketch out the game’s lore and narrative.

Each level has a plethora of secrets and there’s even the original DOOM hidden somewhere in the game. Whether you’re new to the series or a returning veteran, DOOM is one of those games that will keep you coming back for more bloody mayhem again and again. Check out our review of this reimagined classic here.

What Remains of Edith Finch

What Remains of Edith Finch is unlike any other game on this list. There are no guns, no enemies to kill, no overarching evil to overcome. It’s a story about a cursed family that plays out in the first person view. That’s right, it’s an FPS with no weapons.

You play as Edith as she goes through her childhood home room by room and you learn what happened to each of her family members. Every story is unique and features some fairly innovative and particularly unforgettable gameplay.

But what really makes this game stand above all the rest, unfortunately, is the tragedy. What Remains of Edith Finch plays out like a Shakespearean odyssey into sadness and mental illness. But in that framework lies a real beauty.

Couple that with an incredible story and you have a game that’s like no other, with a powerful narrative punch. The only downside is it’s a pretty short game so you can get through it in a few hours. You might just do that, as it’s not an easy game to put down once you get started. Can’t recommend this one enough.

This officially licensed game is basically a survival horror game in space. You play as the daughter of the infamous Ellen Ripley from the movies as she investigates what happened on the space station Sevastopol.

Unfortunately, there is a xenomorph on the loose and it constantly hunts you. Like constantly. It has a tracking beam or something but you literally can’t stay still or this thing shows up. It’s incredibly tense and you barely get a second to catch your breath before it’s after you again. Just don’t expect the depth of say, a Resident Evil or a Silent Hill game.

If that sounds like something you’re into, then you’re going to love this game and all it has to offer. Just be warned, it’s kind of a one-trick pony because you can’t really kill the xenomorph, only stun it. Scary stuff.

All that being said, it’s still a lot of fun to play.

If this isn’t the best single-player platformer on Game Pass then it’s really close. A bonafide instant classic when it came out last year, Psychonauts 2 sees you in control of the young acrobat Raz and his quest to become a full-fledged Psychonaut, replete with psychic abilities.

With careful attention to detail, you can jump and learn new psychic abilities as you explore each carefully detailed world. The characters are fleshed out and almost feel like real people with real emotional issues.

It’s funny, charming and completely worth playing. The variety of each level alone is worth the price of admission, as each one is completely different than the last and has different rules as well. One level even features a performance by non other than actor Jack Black, and another has you trawling through a circus in a forest.