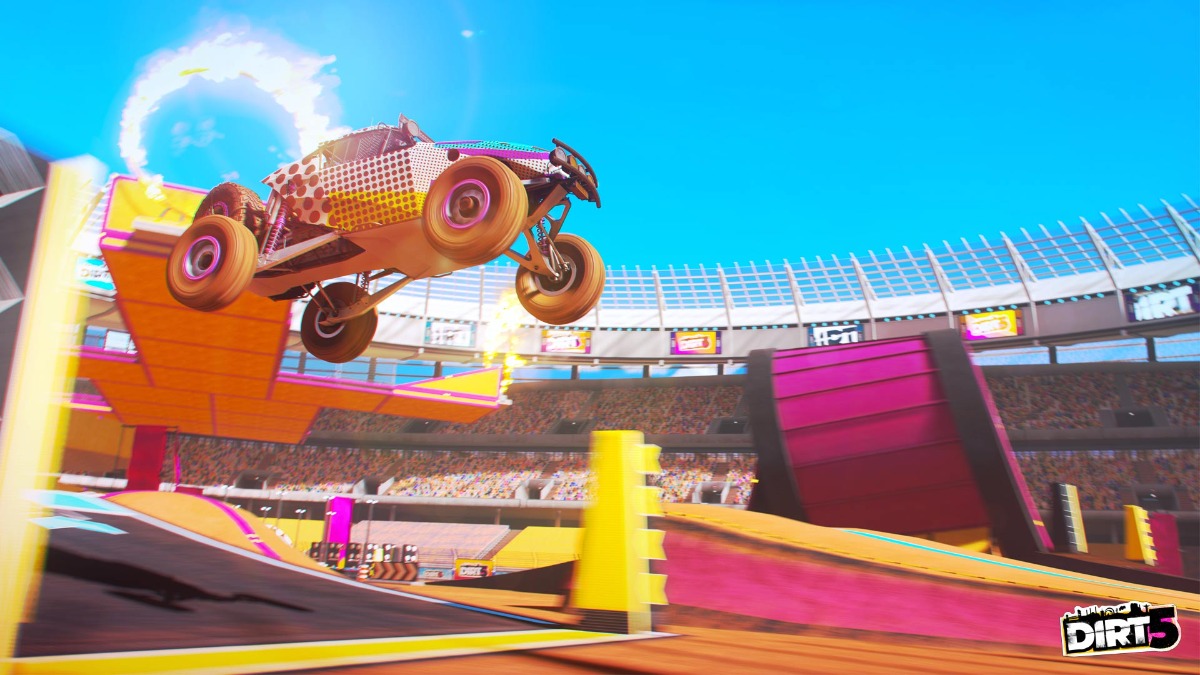 There are a lot of genres out there when it comes to video games. There are fighting games, RPGs, FPSs, puzzle games, and even the occasional QWOP masterpiece.

One genre that’s been around since the beginning falls under the umbrella of sports games ⏤ the much-coveted racing simulator. This is a genre that dates back to Pole Position, a racing game on the Atari 2600.

If racing games are your thing, we have some great news for you. Xbox Game Pass has an excellent selection of car vs. car/motorcycle/bike games, so there’s probably something you’re going to like in there. Also, some might say that the selection is a bit too good, making it hard to parse out the good ones from the great.

Fortunately, that’s not necessary. Here’s a list of the best ones the service has to offer, and if you’re interested in co-op or single player games, we have lists for those, too. Before we get into it, here’s a quick refresher on Game Pass itself.

Every racing game covered in this article is available via Xbox Game Pass, a subscription service that offers hundreds of games to choose from as long as the monthly fee is paid.

There are different tiers for different needs. For example, if you want to play Xbox games on your iPhone, you’re going to need the most expensive tier. If you already have a console and just want to use that, then there’s a tier for you as well. For a deep dive, take a look at our comprehensive article on Game Pass.

Dirt is one of those franchises that just keeps giving. It’s a full-on realistic off-road racing simulator that boasts superior graphics and controls. This iteration actually backs off the accelerator a bit with easier controls that are a bit more geared toward the casual fan.

Don’t worry, it still has all of the flourishes of a bona fide Dirt game, just not as steel-bendingly realistic in terms of physics this time around. Another cool new feature? How about career mode featuring two of the most well known video game voice actors in the field today: Nolan North and Troy Baker.

Between the two of them, they’ve appeared in almost every popular video game ever, so to have these two together again is a real treat (they both appeared in Uncharted 4 as brothers). The career mode involves playing your rookie year through the lens of good guy Baker’s A.J. Janicek and bad guy North’s Bruno Durand.

Like Dirt, Need for Speed is a storied franchise that goes all the way back to 1994, when it came out on PC and the first PlayStation. It started as a sort of street racing simulator with the added fun of running from the police baked in.

Heat is the 24th (!) game in the series, which hasn’t been good for a while, but that’s what’s so surprising about Heat – it reboots the series and brings back running from cops and racing fundamentals that are just realistic enough.

Another cool mechanic is the day/night time cycle that allows for different races depending on the time of day. It also boasts more than 120 cars to customize and test, including a number of Porsches, McLarens, and Mercedes. Check out the full list of cars here.

This is the first motorcycle game on the list and also one of the most mechanically true games as well. It’s the most realistic game you’re going to get and if you’re into racing motorcycles, then this is the game for you.

Don’t expect this to be your run-of-the-mill turn-on-and-play game, however, as there’s a pretty steep learning curve. The game requires a certain amount of deadeye focus with a myriad of gauges and other stats to keep an eye on, as well as a number of views to keep track of other racers.

The graphics are stunning but the physics are dead-on. This one’s incredibly satisfying if you get the hang of it, but it can also be brutally frustrating if you don’t.

The flagship F1 game is a good balance between mechanics and plain racing fun. The 2021 version is a step up from previous iterations, with improved graphics and more options for customizable racing controls, but what really puts it over the top is the story mode.

Story mode gives fans a whole new area to experience, as you can sign your favorite drivers, earn money, and invest in better gear to win even more races. There are also some really fun cut scenes with drivers getting heated and yelling at each other. Definitely worth checking out.

The Burnout series dates back to the Nintendo Gamecube with the initial game released in 2001. The series has always put fun over mechanics, so if you’re looking for a game without a steep learning curve, this one is a good bet.

When Burnout 3: Takedown came out, developers decided they were going to take the series in a different direction. Playing off the popularity of games like Grand Theft Auto 3, the franchise decided to go open-world and that game became the most popular by far.

Burnout Paradise came out in 2008 and was widely seen as an apex for the franchise. The reboot keels everything that made the original great: crashes, speed, and a lot of automotive explosions. It also boasts 4k graphics and a multiplayer experience where you can play with up to 8 people.

This one is pretty much a no-brainer. Forza Horizon 5 is probably the best open-world racing video game on the market. There’s so much to do, a huge map, and never any sense of urgency to get all the myriad objectives done.

Technically, the game can stack up against any other racing simulator. The graphics are really phenomenal and worth the price of admission alone. Even when you’re flying by at the highest speeds, the locales still sparkle.

What’s really great about this game is the way it straddles the line between realistic racing simulator and open-world goodness. The game is so big in every way that it’s kind of hard to even explain. This is an incredible value on Game Pass and a must-play.

I know what you’re thinking: Why would I want to play Forza 4 if 5 is so great? Here’s the thing: 4 is also great. If we didn’t have the sequel, I’d be saying that this was the best open-world racing game on the market today. All of the things that are great about the next game started with this game.

For example, the changing seasons mechanic with all of its weather-related challenges was born in this game. A lot of the fun is the variety. You can race, drag race, drift race, and even create your own events in the game.

There’s so much to do and explore, and no reason not to give it a spin considering it’s also on Game Pass.

Okay, hear me out. This pick is almost more for crash and destruction enthusiasts, but underneath the veneer of that admittedly cool premise for a game is a racing simulator that’s surprisingly good.

It’s got tight controls and just enough realism to make it fun but not too stiff. In Wreckfest, you can forget about the notion of a clean driving game. Every few moments, you’re going to be rammed, or smashed, or sandwiched off the road.

If you’ve ever been hit with a blue shell right before the finish line in a Mario Kart game, then you know exactly what I’m talking about. What’s really weird is that it feels like the game requires absolutely no skill when that’s not the case at all. Come for the destruction, stay for the surprisingly adept racing mechanics.

Lonely Mountains Downhill is probably the most unusual game on this list. It has an indie-esque simplistic polygon design that focuses on the basics, namely getting from the top of a mountain to the bottom as fast as possible.

There’s also no music, just the sounds of nature and the way the wheels make contact with the dirt. It’s practically meditave and a really unique experience to boot. You’re also going to crash ⏤ a lot. However, there’s a real thrill to beating a previous best time.

The game starts you off relatively easily with some serene paths, but once you get the hang of things, the difficulty ramps up pretty significantly. This is another one of those games that you’ll probably have to restart constantly, but if you like the sense of satisfaction from completing something pretty difficult, then this is for you.

It’s not a game we’d recommend buying, but it’s definitely fun to play on Game Pass.