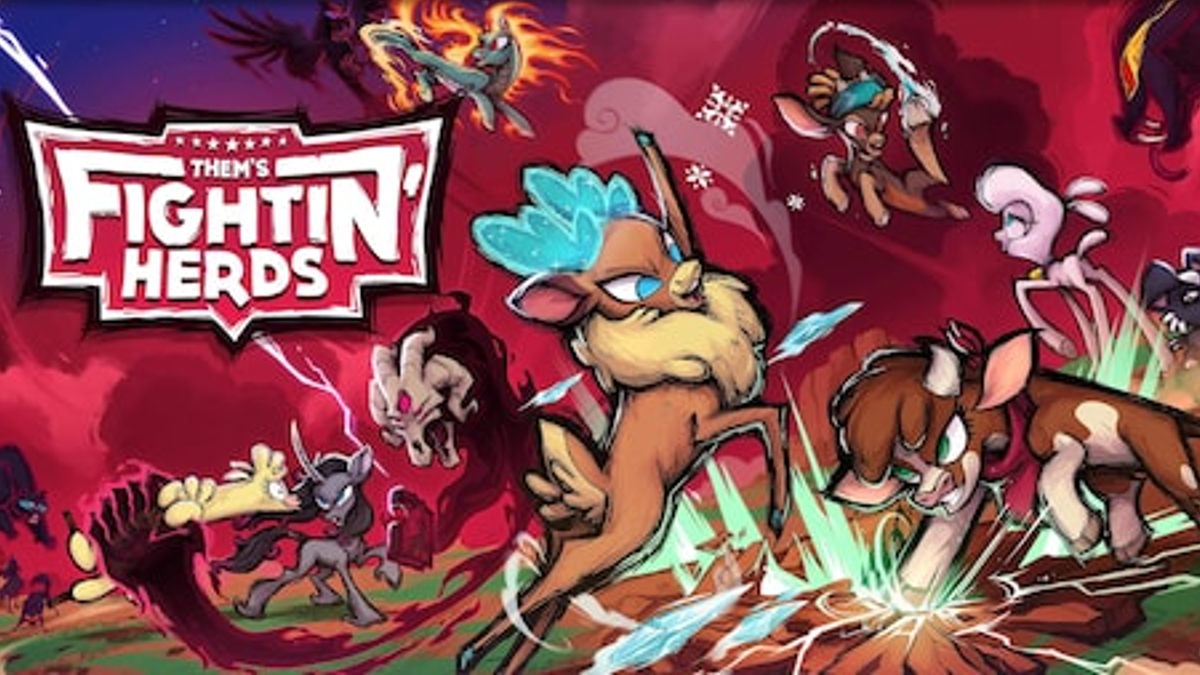 A non-traditional — but thoroughly intriguing — fighting game is briefly free to gamers via the Epic Games Store.

Few gamers were likely aware of Them’s Fightin’ Herds, an odd, My Little Pony-inspired fighting game, when it first released. The game, developed by Mane6 and published by Modus Games, initially released for early access in February of 2018, and in the years since it’s worked up a tidy, if niche, fanbase. The game is set to gather far more fans over the holiday season, thanks to its current price on the Epic Games Store.

The game is free to anyone who wants it, and will remain so until 10am on Tuesday, Dec. 20. Its timely switch from $19.99 to $0 took gamers by surprise, and soon prompted a celebration to break out on social media.

The game’s clever title is spreading rapidly on Twitter, where users are delighting in their ability to snatch up the game free of charge. Its unique approach to combat, as well as its ties to the impossibly popular My Little Pony trend, is making the game a must-have among fighting game regulars.

Fans of the title are bringing their fellows’ attention to its briefly discounted price, and urging them to grab up a copy for themselves. Several of the game’s unique features are being used to entice fresh players in, and it seems to be working.

Them’s Fighting Herds features an all-female selection of fighters, who face off in a bid to find a champion worthy of securing a sacred key that will ensure the world’s safety. It was born of a group of bronies who, amused by the idea of a Marvel vs Capcom-style parody, gradually produced the 2018 title. It features “a cast of adorable animals designed by acclaimed cartoon producer Lauren Faust,” according to the Epic Games Store, and can be enjoyed in single or multiplayer. Both local and online multiplayer options allow gamers to duke it out with their friends and family, and a range of achievements keep gameplay interesting.

The game will only be free for a few more hours, so make sure to snatch it up from the Epic Games Store, and enjoy the adorable action for yourself.