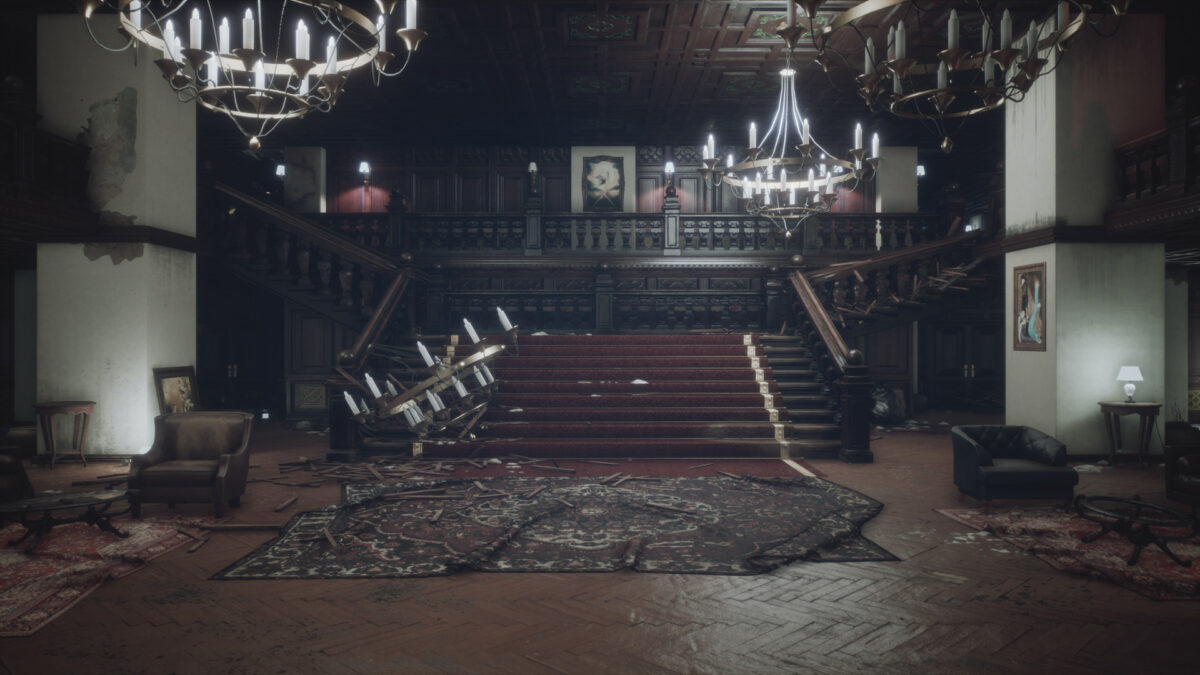 A new survival horror game taking place in a dank, dark, and mysterious setting, FOBIA – St. Dinfna Hotel has been announced for a multiplatform launch this year.

Developed by Brazilian studio Pulsatrix, FOBIA sees the player embark on a journey through a dilapidated and haunted hotel, and, much like Hotel California, you can check out anytime you like, but you can never leave. The upcoming game features several timelines for the player to hop around as they discover the grim history of the hotel.

FOBIA harkens back to the Outlast games, as FOBIA also has the player control a journalist armed only with a video camera as they venture into the mouth of madness. Set in Treze Trilhas, Santa Catarina, Brazil, it’s a change of pace from the primarily American or European-based genre.

In a press release, the game is described as an “immersive story filled with surprising twists and unexpected moments.”

“Unfolding from within the lush surroundings of a decadent hotel, FOBIA – St. Dinfna Hotel pulls players into an immersive story filled with surprising twists and unexpected moments. What starts as an investigation of an iconic hotel soon descends into a fight for survival, and for the truth.

“Explore different worlds where past, present and future collide in scenarios full of puzzles, mysteries, and conspiracies. Use your camera to uncover a series of clues, navigate events through time, and defend yourself against monstrous creatures that stalk the hotel corridors.”

A demo is currently available on Steam, before a widespread release on PC, PlayStation 4, PlayStation 5, Xbox One, and Xbox Series X penciled in for a Summer 2022 launch.