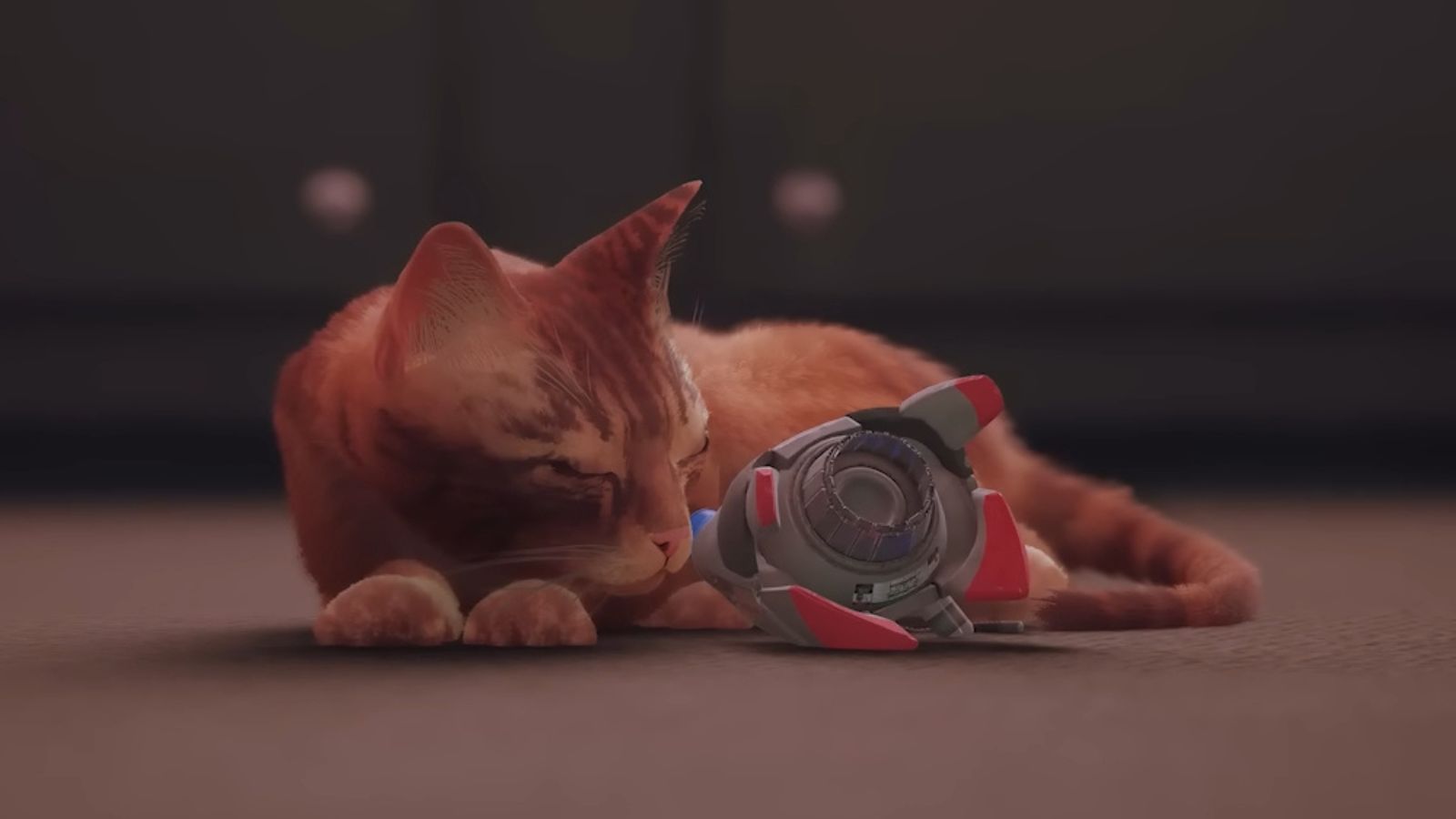 Playstation’s newest title, Stray, has captured the hearts of casual and veteran gamers. It’s not as confusing or difficult when compared to other platform games, but it provides its own set of challenges for the player to complete. But most of all, it flipped the dystopian genre on its head — as you now play as a lovable stay cat.

The game has a decent amount of content, but some players have reportedly finished the game in under five hours. In fact, there is even an achievement in the game that asks trophy hunters to complete the game within two hours.

So, if you want something new to play, here are some titles that are similar to Stray.

Fancy a more laid-back video game title that also involves cats? In that case, you’ll enjoy Nyan Cat: Lost in Space. This is a mobile game where you help the famous ‘pop tart cat’ collect snacks in different worlds. You obtain power-ups to help you on your journey as you try to avoid enemies and unstable platforms. It may not be as story-driven as Stray, but it does feature a loveable and well-known internet meme (cat).

Stray allows the player to explore the world through the eyes of a cat. So, if you’re still itching to explore a new world through the eyes of an animal, then you will most definitely love Untitled Goose Game. Similar to Stray, the game is also available on PlayStation. You explore a human neighborhood as an unhinged and chaotic goose, but whether the objective is to help the neighbors along the way or cause nothing but chaos is entirely up to you.

If you’re an animal lover at heart, you’ll love Calico. The goal of this game is to rebuild a cat café by exploring a pastel world filled with cute creatures and characters. For a game that normalizes same-sex relationships, Calico is LGBTQ+ friendly and inclusive with a departure from traditional gender norms. Due to its lack of conflict and laid-back style, Calico is relaxing and therapeutic, full to the brim of customizable characters and options to make the world-building aspect more personable. Although there are occasional glitches, Calico is still an absolute joy and a must-have for animal (specifically cat) enthusiasts.

If you’re still keen to play as a fictional animal, this game is worth trying out. In Shelter, you play as a mother badger, tasked with protect its cubs from prey and impending danger. This badger pledges to guide its small family through various levels on a quest to find sustainable food and — as the title implies — a safer shelter to hide out. On occasion, Shelter can be emotionally taxing, especially when it concerns helpless animals attempting to survive in a wild and dangerous world.

If you tend to stray (no pun intended) toward the idea of visiting a long-lost society, Undertale will scratch that adventurous itch. This game doesn’t require long playtime hours and can be finished in less than a day. Undertale is about a human who ventures down to a world filled with monsters and the player must choose whether to befriend these creatures or kill them all. Undertale‘s weird and wonderful cast of characters have eccentric personalities that make them unique and relatable, which also gives Undertale it’s emotional value and emphasizes the harrowing moral choices that literally result in life or death.

If you’re looking for something darker and grittier, Portal 2 is the game for you, especially if you want something with a bit more of a challenge. This game tasks you to pass multiple tests with a Portal gun as you try to escape an abandoned and run-down laboratory. Joining you on this adventure is a robot, Wheatley, which helps you navigate the puzzle-filled rooms rigged with traps and challenges. It’s definitely worth a play, especially for anyone that enjoys puzzle-solving platformers.

Flower was published by Annapurna Interactive, the same company that released Stray. It’s an aesthetic game where you control a single flower petal through a field of grass. The goal is to help the surrounding flowers bloom by controlling the petal flying through the wind. The world around you begins to change and transform the further you progress and more petals follow your trail. Flower has beautiful set design, perfect for those who want something laid-back yet enjoyable with beautiful backgrounds and scenery.

It Takes Two is a co-op platformer where you and a friend play as a couple going through a divorce. Both players are required to work as a team, tasked with helping the characters remember why they fell in love in the first place. The pair explore vast and magical worlds as they work together to rekindle their relationship. And, just like the game’s title, it takes two to survive and escape from an uncertain world so that they can return to their human form.

Grim Fandango is an adventure game where you’re sent to the Land of the Dead (Tierra de los Muertos in Spanish), through which calaca-like figures — representing souls — travel through purgatory. This Lucasarts game first released back in 1998 but was remastered for Playstation, mobile, and PC in 2014 and onward. The Mexican holiday-inspired game still looks amazing, especially its remastered version. The story follows Manuel “Manny” Calavera, a travel agent who attempts to save new arrival Mercedes “Meche” Colomar, a virtuous soul, on her journey. Players converse with characters to examine, collect, and use objects to solve puzzles, much like the objectives in Stray — except from a different perspective.

And if you’re itching to explore a darker environment, then Limbo is the perfect substitute. The game has you explore this black and white, noir-styled environment to guide an unnamed boy through dangerous environments and traps as he searches for his sister. Playdead, the Danish independent developer, built Limbo with gruesome imagery and a trial and error format so that players would need to fail in order to succeed. Also, the ending is open to interpretation, with fans giving their theories on what exactly happens.

Stray is a beautiful, simple, yet challenging game with a compelling story and a cute protagonist. And although the game could be finished in just a short amount of time, it doesn’t mean that there are no other similar games out there. There is a wide variety of games out there where you’re able to take control of a non-human creature or explore vast and interesting worlds outside of your own. Hopefully, the games listed above can make your next video game experience a fulfilling one.