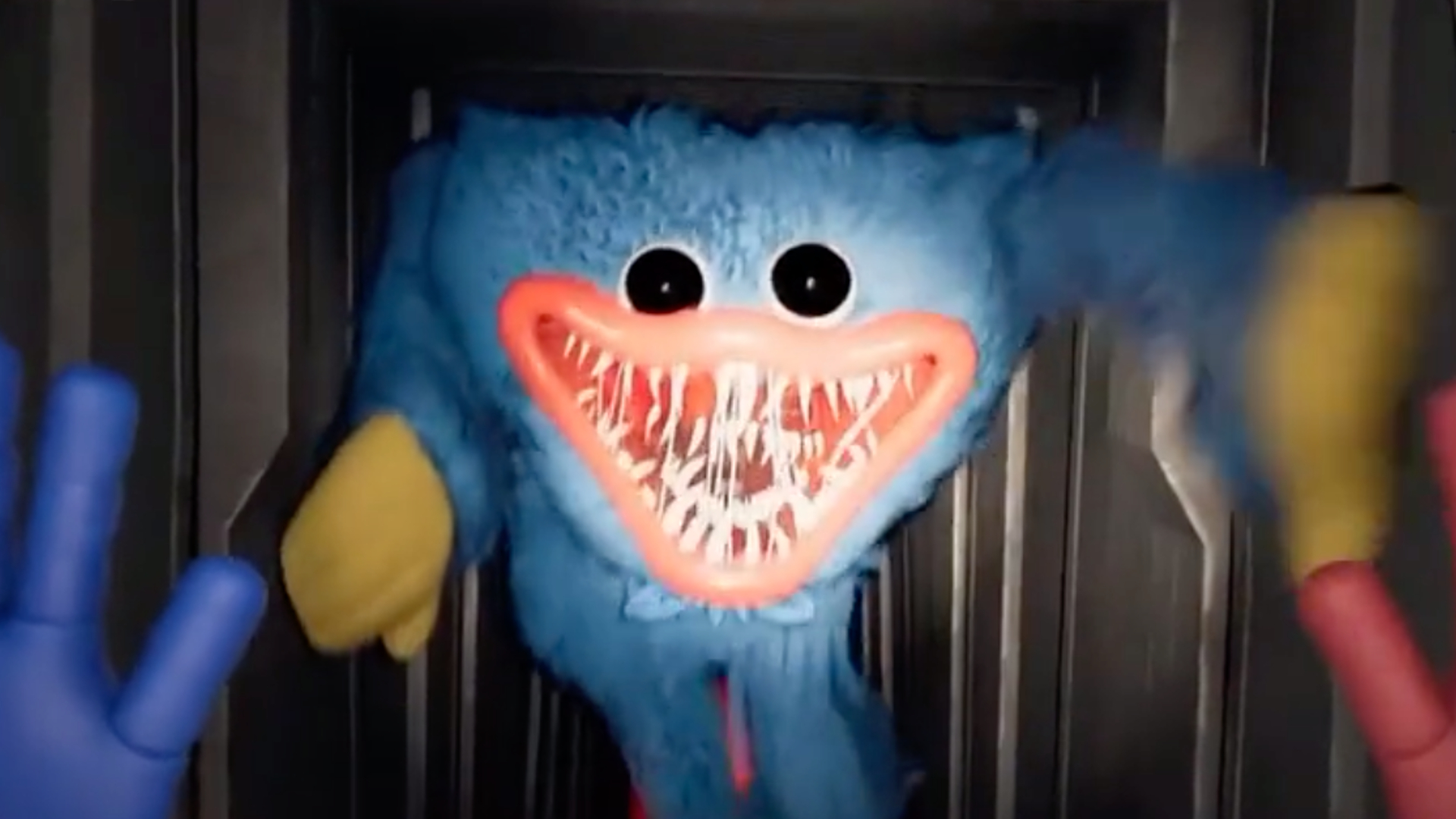 It’s that time of year again.

Every year or so, sometimes as frequent as every six months, an online trend will form around a new, frightening character. In 2019, it was Momo. In 2020, it was those creepy wandering clowns, and now 2022 has its first official hair-raising trend featuring a brand new menacing mascot: Huggy Wuggy.

The character comes from MOB Games’ 2021 release Poppy Playtime. A survival horror game set in an abandoned toy factory, the game allows players to work their way through a blood-soaked facility while doing their best to avoid the game’s eerie antagonist: a lanky, sharp-toothed blue plush that goes by Huggy Wuggy.

The creepy toy is presented in the game with an oversized, gaping maw overstuffed with vicious, knife-like teeth. He hunts players through the toy factory, a sinister and chilling shadow to their every move. The character, in all of its creepy glory, prompted a TikTok trend in the months after the game hit Steam, unleashing Huggy Wuggy on the masses of unknowing TikTok users.

The character migrated to YouTube before becoming a TikTok trend, prompting a number of eerie videos just weeks after the game was released. A song oriented around Huggy Wuggy, titled “Free Hugs,” quickly became the character’s unofficial theme and started his transcendence into internet fame.

While Huggy Wuggy is certainly creepy, he isn’t quite as negative as Momo or the Blue Whale challenge. He isn’t challenging the nation’s youth to self-harm or attempt dangerous stunts. He’s just creepy. Super, super creepy.

TikToks participating in the Huggy Wuggy trend follow this formula quite well. They typically feature Huggy Wuggy in some form — whether it be a costumed look, claymation, or actual footage from the game — and simply enjoy a good spooky moment.

Some, like this video from user @jakefellman, simply aim to give users chills.

Others lean far harder into the video game itself, using footage from the title to provide the creepy moments within their uploads.

Other users are simply leaning into Huggy Wuggy’s unique look, attempting makeup transformations and artistic reveals with the big fuzzy terror at their core.

The trend spurred panic among some parents, after reports arose, according to Dexerto, of children “recreating a game on the playground with hugging and whispering nasty things in the recipient’s ear.” While this game may be linked back to Poppy Playtime, it could also simply be kids doing kid things. It seems more likely that parents are heaping the blame on Poppy Playtime and its titular antagonist because it seems the appropriate thing to do, rather than because there is actual cause.

The trend, as it exists on TikTok, is perfectly at home in the app’s creepier corners. Horror Tok and Creep Tok have long been aspects of the app, as have plenty of other horror-centric interests. This is just another, but by leaning on a childish theme — with clear intent toward adult audiences — the game set itself up to be the target of parental ire.

That doesn’t mean the complaints carry any weight, however. Parents can worry all they want, but if their kids are being nasty to others on the playground, it’s probably not Huggy Wuggy’s fault.