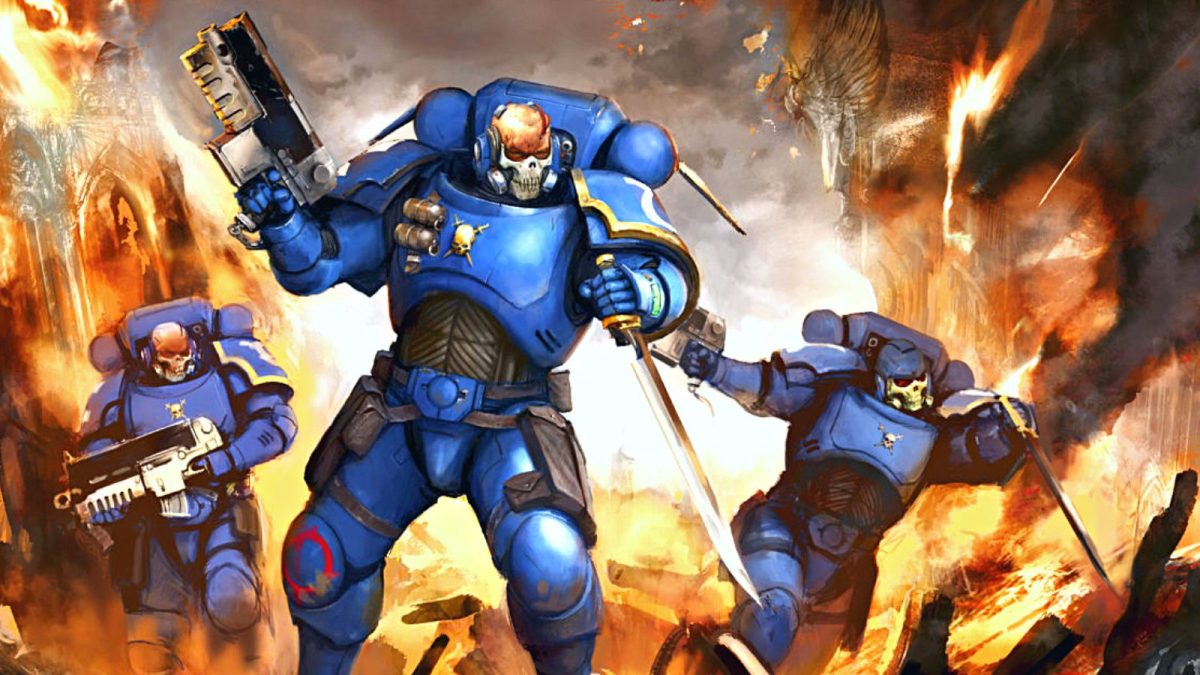 Earlier this week, superhero fanatics were absolutely crushed to learn that megastar Henry Cavill would not be returning to portray Superman in an upcoming James Gunn vehicle. However, it appears that folks have a shiny new toy to fawn over, seeing as Cavill now has his name attached to another fantasy spectacle — and that would be Warhammer 40,000. The fresh-faced live-action series is set to premiere on Amazon, and the entire news has successfully turned the entertainment world on its head.

Ahead of the series making its much-anticipated debut, Cavill stans, passionate gamers, and intrigued telephilias alike are chock-full of questions surrounding the Warhammer lore. So, let’s dive in and explore exactly what Warhammer is and what the Amazon show is set to entail.

What is the original Warhammer game?

To clear up any confusion, the actual Warhammer title refers to the retired Warhammer Fantasy Battle brand, which was replaced with the Age of Sigmar setting. The original game has stretched across all forms of media — including the tabletop game itself, a book series, and board games, and borrows heavy setting inspiration from Lord of the Rings writer J. R. R. Tolkien. Published by Games Workshop, the game utilizes miniature models that represent divine warriors amongst a battlefield.

With all of this hype around the upcoming series, it’s only fitting to refresh — or completely introduce — the aforementioned game to folks around the world. The game is a miniature tabletop wargame experience that shares some similarities with Dungeons & Dragons — the tabletop role-playing game whose popularity skyrocketed after being included as a main focus in Netflix’s Stranger Things. After reaching popularity in the ‘80s, the most recent edition of the game dropped in 2020, and now the upcoming television adaptation looks to be giving the rest of the content a run for its money.

Building on its own unique differences, Warhammer 40,000 utilizes several fictional futuristic aspects, including a balance of supernatural monsters, robots, aliens, and other elements of sci-fi. With that being said, the concept of Warhammer 40,000 conveys plenty of political satire and obvious fascism within its characters. And considering the 2010 movie has obtained a cult following over the years, it’s only a matter of time until Cavill’s involvement catapults the “Warhammer Cinematic Universe” into stark popularity.

How do you play the game?

Similar to Dungeons & Dragons, Warhammer 40,000 utilizes a dice system, where miniatures are able to be moved and placed into battle. During gameplay, players can also use rulers to measure certain distances and create skillful tactics in order to take down opponents.

Seeing as the game is about engaging in war, players also have the opportunity to build factions to create an ever-lasting team that will battle a plethora of savage monsters and demons. The factions are typically split between three groups: The Imperium, The Forces of Chaos, and The Xenos.

It still remains to be seen just exactly which character Henry Cavill will portray in the upcoming Amazon series, but fans are undoubtedly looking forward to seeing him in the futuristic sci-fi setting and serving up some justice to some supernatural monsters. Or, who knows, perhaps Cavill himself will BE one of those monsters. Keep your eyes peeled, kids.