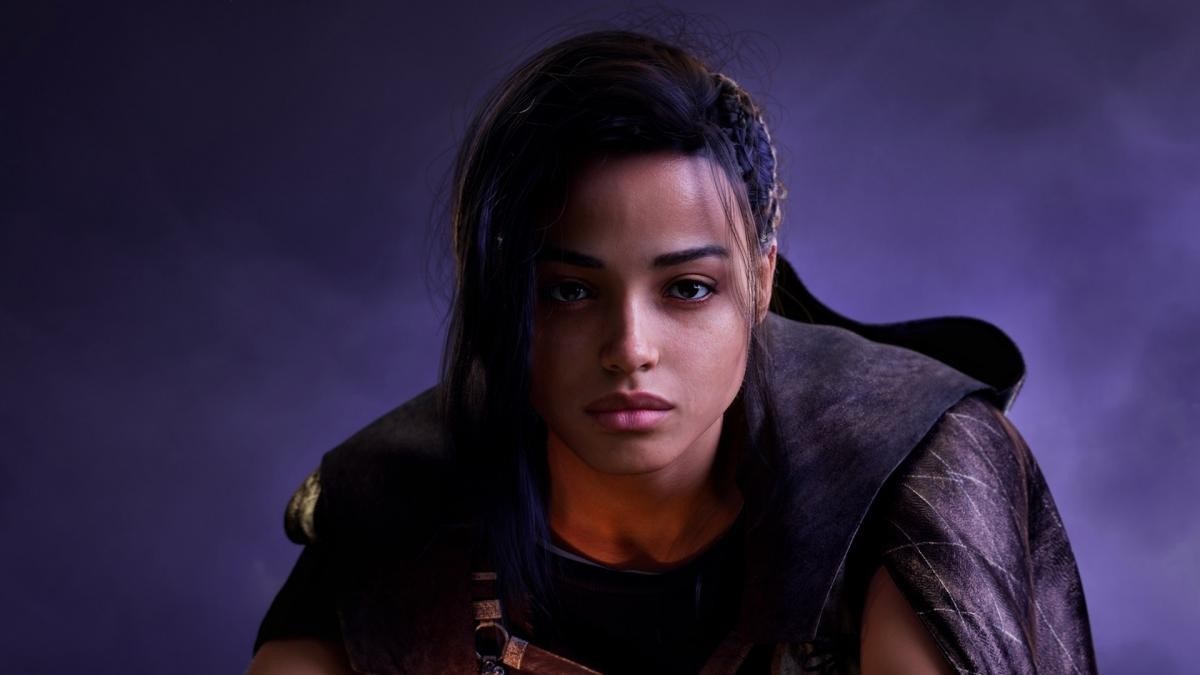 We’ve spent the last two weeks immersed in Forspoken. Square Enix’s latest is something of a diamond in the rough. Sure, it has some very obvious flaws and its foul-mouthed hero Frey is certain to be divisive, but it’s got personality and style. The traversal mechanics alone are worth the price of admission, and even after so many hours of playing, there’s still a visceral thrill in flying a giant rock into a huge crowd of enemies and watching them fly off in all directions.

Anyhow, with the benefit of experience, here’s what we wish we knew before starting the game, spoiler-free.

There’s often a lot going on in Forspoken, what with the giant suite of magical powers, the ability to pinball around the landscape, and everything you do spewing neon particle effects across the screen. As such, it’s difficult to recommend any other graphics setting than ‘Performance’. This provides a silky-smooth and extremely responsive experience, especially so if you have a TV capable of 120hz.

The only downside is that the game is clearly upscaling from a relatively low target resolution, meaning certain graphical elements look distractingly fuzzy. The biggest offender is Frey’s hair (see screenshot above), which just looks odd in Performance mode.

We tried Quality mode out, but though there’s a notable increase in graphical fidelity, we just can’t support playing a game this fast-paced in juddery 30fps. There is also a Ray-Tracing option, though frankly, we didn’t notice much difference whether this was on or off.

Hairstyling issues aside, Performance Mode is the way to go.

How long is the game?

Forspoken is split into 13 chapters (with the 13th chapter occurring post-game), though not all are of equal length. For example, a chapter may see you given a destination on the other side of the open world and leave you to figure out how to get there. Along the way, you’ll likely do some exploring, journey through some of the optional dungeons, fiddle with the various puzzle boxes or, (our favorite) try to charm adorable magical cats. You’re free to do this at your leisure and exhausting every bit of content could take hours.

Conversely, there are chapters that consist solely of a boss fight or exposition that go by much faster, and the final few chapters are very linear and relatively brief.

We saw the credits of Forspoken after 15 hours. That time was primarily spent making our way through the story while dabbling in the side content. Sticking only to the story would probably see you done in about 12/13 hours, though we’ve since put in more time in the post-game, checking out things we missed.

What difficulty should you pick?

On default difficulty, we only died once during our entire playthrough (to the final boss) and while we know our way around a controller, we’re by no means pro-tier gamers. Frey’s movement mechanics let her zip around the battlefield so quickly that most enemies can’t lay a finger on her, with her attacks delivering decent damage right the way through the game.

A power fantasy like this isn’t exactly a bad thing, and after the blood, sweat, and tears of Elden Ring, it was refreshing to be in a world where you’re — by some measure — the most powerful being. In this one instance, default difficulty might be a little too easy for some, so if you want a bit of pushback from Forspoken, consider beginning on ‘Hard.’ You can change the difficulty level whenever you like (so long as you’re not in combat), so if that proves too tricky, just drop it down a notch.

We didn’t bother trying out easy mode, though we assume it’s an absolute cakewalk.

Beyond the three core difficulty settings, there’s also a suite of accessibility options letting you fine-tune your experience, though all are focused on making the game easier.

What should you focus on upgrading first?

Frey begins her adventure with ‘Burst Shot,’ allowing her to toss rocky projectiles at her enemies, so this is a spell you’ll be using as your default attack throughout the game. However, early on, you’ll unlock the ability to upgrade your magical abilities by filling certain requirements. These are generally things you should be doing in combat anyway, like attacking while using parkour, hitting enemies from behind, or using a larger spell to hit a certain amount of enemies at once. Beyond that, new spells can be unlocked by hoovering up magic points scattered across the map as glowing blue pools on the ground.

We’d recommend upgrading Burst Shot as quickly as you can, as at the highest level, it sends out an impressive explosion that’s useful in practically every combat scenario in the game.

Another good spell to prioritize is ‘Genesis,’ which is a super attack that sends a wall of thorns blasting out ahead of you. This is essentially a boss killer, with higher levels letting you charge the spell up by holding L2 and R2 to hit multiple times. Useful against both large groups of enemies and larger creatures, this reliably chewed through everything in front of Frey right into the postgame.

Are the Cipal side missions worth doing?

Throughout Forspoken, you’ll get warnings that, by progressing in the story, you’ll lock off content, as events mean that certain NPCs won’t be available to give you missions. We played through a smattering of these missions and, for the most part, they’re completely skippable.

One of the more annoying things about the game is that, when you’re in the central city of Cipal, you can’t use your magical traversal skills, and as these side quests involve heading to various parts of the city, they quickly get tedious. They’re also not particularly well-designed; one side quest tasked us with following a cat to some treasure and failed us for ‘losing’ it, a message that popped up even when said cat was still very much in sight.

Keep an eye out for ‘Founts of Blessing’

While a lot of the open-world content can be skipped without having to worry about being under-levelled, you should absolutely make a beeline for any Founts of Blessing you spot. These are trees with a pool under them, and diving in instantly grants you a new spell. At various points in the open world, you can get a bird’s eye view of the surroundings with everything helpfully labelled, so if a Fount appears on your radar, don’t hesitate to go there.

Several of these are accompanied by a fearsome, optional open-world boss, though in our experience, you can simply parkour your way past the boss, nab the new spell, and get out of there without ever having to directly engage it. Trust us, you really want some of these Fount spells, as some of them give you new parkour options.

Beyond all that, there’s the simple directive to always be parkouring in battle. Frey is one of the nimblest video game protagonists in a long time and only the fiercest enemies will be able to land an attack when she’s spinning through the air at high speed. So, if you take a whack and need to get out of dodge, just parkour around for a while and you’ll be golden.

The reviews suggest Forspoken is going to be a divisive game, though we suspect it’ll eventually be considered something of a hidden gem in years to come. We hope these tips have been useful!