After a year off, WWE 2K22 returns with new modes, new controls, and a new attitude. Turns out, taking a break can be a good thing. 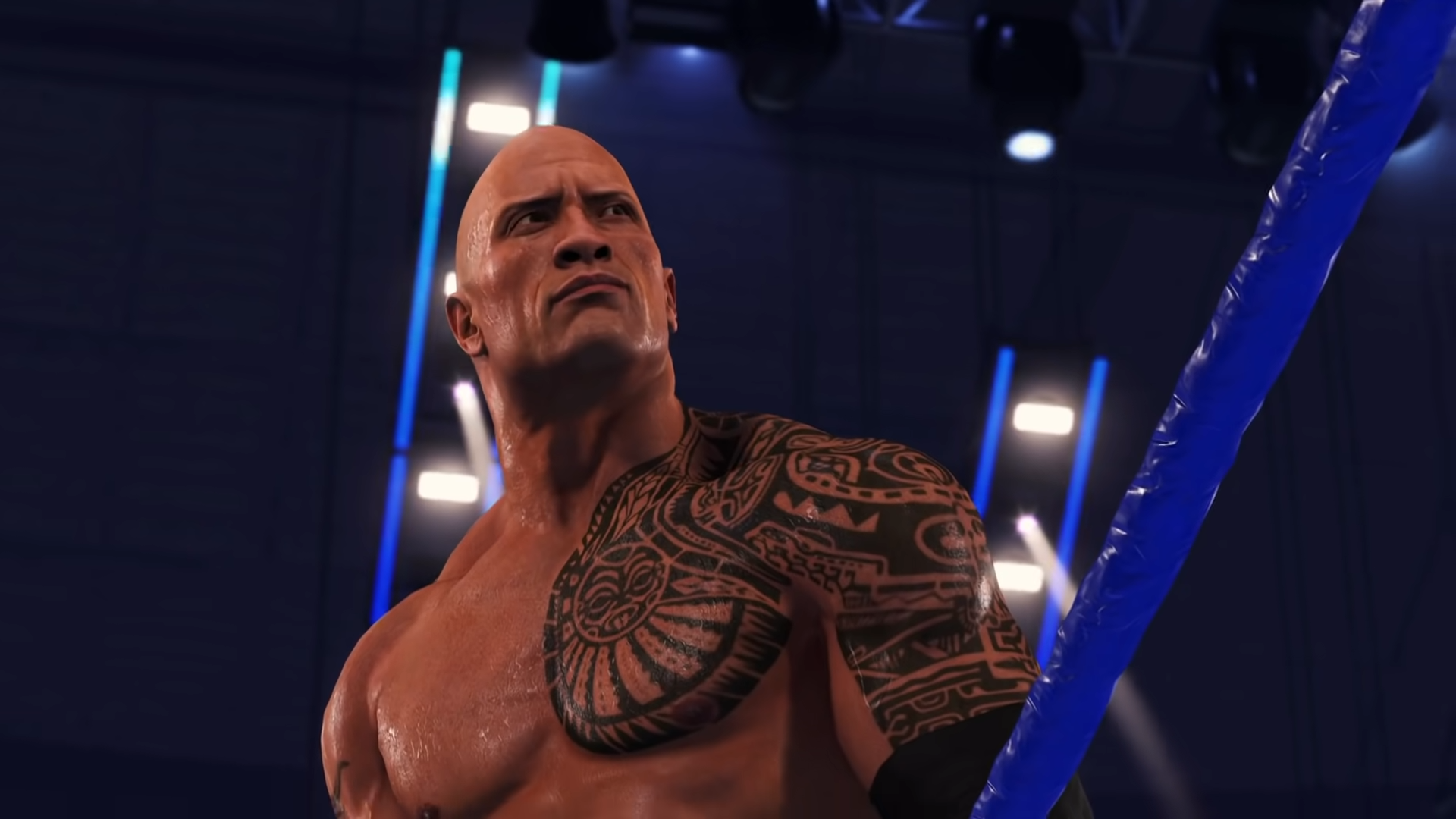 Everybody needs a break now and then. It gives you a chance to reevaluate and recharge, and is, generally speaking, almost always beneficial in the long run. When the WWE 2K series took last year off, it was coming off a poorly received WWE 2K20. Thankfully, that year off has proven to be very beneficial to the franchise, as WWE 2K22 rights many of the wrongs from the last outing and adds some new modes to offer players the most complete WWE package in decades.

WWE 2K22 is not a full-on rebuild, but at times it feels that way. Developer Visual Concepts — given the extra time — was able to really capture what it takes to make a great wrestling video game. In-ring controls have been greatly simplified, offering the most accessible game in ages. For veterans, it’s fun to play and less of a chore, and you can really feel the difference between the different wrestling classes. The game’s tagline proudly claims that “it just hits different,” and I agree with that wholeheartedly.

Gone are the complicated button presses to pull off the easiest moves, especially for reversals. The controls offer a light strike, a hard strike, a grapple and a block/reversal (mapped to the face buttons), and combo breaking is done with a guessing game; if you can guess the next type of hit coming, you can reverse out of it and break the combo. Pins and submissions no longer require a non-sensical mini-game that has absolutely nothing to do with wrestling. I’m sure when a wrestler is trying to break out of a painful figure four, they are thinking, “I really need to line up with the yellow bar, but it keeps rotating away.” WWE 2K22 recreates a classic, arcade-style button masher that offers subtleties in the gameplay options to more you want to explore. This is how it always should have been, and I’m thrilled that Visual Concepts went in this direction.

There are well over 150 wrestlers to choose from, even though nearly half this roster now works for another company. What this does is allow players to relive epic recent storylines and maybe take a mid-card Superstar and take them to the promised land for infinite glory — and a title or two. Some of the Superstars have multiple versions, based on a certain time frame or historic run, with the already announced DLC packs including so many new Superstars and more, including WWE Hall of Famer Mr. T, whom I can’t wait to play as when he’s released. I plan to recreate the Piper/T match from WrestleMania II, but, you know, make it good.

WWE 2K22‘s visuals are easily the best in franchise history. The facial models are spot on and the lighting effects on the current-gen systems add levels of realism seldom seen in a wrestling game. Hair is still a major issue for most characters, but everything else looks so good you will quickly forget that Dolph Ziggler looks like Medusa as he walks down the ramp to the ring.

It’s been a long-time coming, but WWE 2K22 finally introduces a GM mode in MyGM. Players take control of one of the brands in WWE (Raw, Smackdown, NXT, NXT UK) and become the boss for 15 weeks leading up to WrestleMania. The GM hires talent, balances budgets, books each match and promo, and develops programs each week as they battle the other brands for supremacy. Once a show is booked, you can simulate each match, spectate the match, or actually play it. The benefit of playing the match is you have even more control of the flow of a match and can turn what looks like a stinker on paper into a 5-star instant classic. Honestly, this is the mode that I’ve spent the most time on, playing season after season, as every wrestling fan has dream booked a show and WWE 2K22 makes that dream come true.

The new MyFaction mode takes a page out of wrestling history and using the nWo as a foundation, gives players a chance to create their own status-breaking faction using a card-based team building system. Players collect superstar cards and form squads, mixing and matching different wrestling styles to create a solid team to use in online matches, towers, and more. This is also the mode that requires players to spend in-game currency to buy packs or wrestlers from the marketplace, and as in most other sports games, real money can be used to build incredible stables of the best wrestlers ever.

The Showcase mode in WWE 2K22 centers around Rey Mysterio, the man who has taken part in some of the most iconic matches in all of wrestling history. Players get to wear Rey’s lucha mask as he competes in objective-based matches that span his entire career. Unfortunately, some of the most important matches in Rey’s career didn’t make the cut, either because his opponent isn’t on the game’s roster or signed with another company. As a result, some of these matches aren’t as important to Rey’s rise as others, but as a whole, it’s still a fascinating journey for one of the most respected wrestlers in the history of the business.

MyUniverse returns and offers players the choice of running through a Superstar-based experience, or the classic “all of WWE” experience. It’s a more holistic version of MyGM and allows players to create their own WWE bookings for each show, PPV, and more.

And rounding things out is MyRise, WWE 2K22‘s story mode that allows players to take a created character through a career in WWE, beginning at the Performance Center and hopefully leading up to main eventing a WrestleMania. For the first time ever, MyRise has two separate storylines for male and female wrestlers, and while the trajectories might be the same, the experience is completely different, with unique mentors, coaches, trainers and more depending on who you choose to play as.

All of these modes are really just scratching the surface of all that WWE 2K22 has to offer. This is easily the most feature-stacked wrestling game ever, offering something for everyone, regardless of what kind of fan you are. And the create-a-wrestler suite is stacked as ever, with other players already showing off their artistic skills creating some amazing wrestlers from real life and fantasy. I can see myself spending hours just searching through all the player creations, marveling at the creativity and skill these folks have.

WWE 2K22 is a welcome return to form. The extra year of development allowed Visual Concepts to completely overhaul a game series that, by all accounts, was getting very stale, paving the way for the mess that was WWE 2K20. Thankfully, all of that is history now. I acknowledge you, WWE 2K22. You are the best wrestling game in years, and worthy of the weight of WWE’s long and storied history, then, now, and forever.

This review is based on the PlayStation 5 version of the game. A copy was provided to us by 2K Sports.

After a year off, WWE 2K22 returns with new modes, new controls, and a new attitude. Turns out, taking a break can be a good thing.