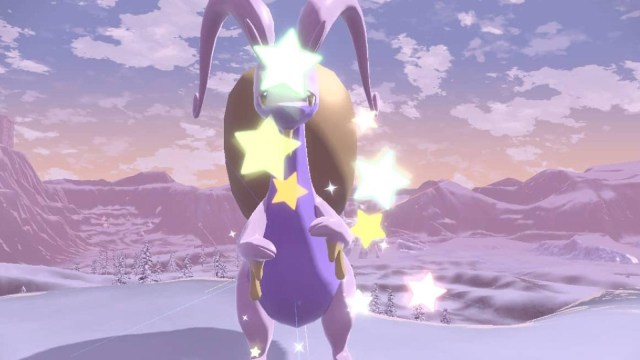 “We are happy to say that the number of pre-orders is already the highest among the past Pokémon series,” Takato Utsunomiya, CEO and Chief Operating Officer of The Pokémon Company, told Oricon.

The games feature three different storylines for trainers to follow in the Paldea Region of the Pokémon world, which is based on the Iberian Peninsula – Spain, Portugal and Andorra. Victory Road is the classic storyline, where a trainer has to travel around, defeating eight different gym leaders to become the champion. The Path of Legends storyline has the trainer collecting an herb guarded by Titan Pokémon. The Starfall Street storyline has the trainer defeating Team Star and collect items needed to create TMs.

One of the most exciting parts about playing Pokémon games is the chance to get their favorite Pokémon in shiny form. Pokémon fans can rejoice because YouTuber PhillyBeatzU revealed a trick to increasing the chance for a shiny Pokémon to spawn in Pokémon Scarlet and Violet. The video received more than 267 thousand views within two days.

The popular YouTuber says trainers should first make sure their Pokémon have the ability “false swipe.” If they do not currently have that ability, they can catch 30 species of Pokémon and will receive the false swipe TM from Mr. Jacq inside the biology lab of the school.

After ensuring you have the false swipe move, open your map and select a mass outbreak area. Use the auto-battle technique to knock out 60 Pokémon, giving yourself a 1/1365 shiny rate. From there you need to do something called a Picnic Reset. Save your game, then open up your picnic. When the picnic opens, all the Pokémon in the area will despawn.

“When you get out of your picnic, all those Pokémon are going to respawn again – they’re all coming back,” PhillyBeatzU assured his viewers.

He said it may take several attempts, but after opening and closing the picnic several times – it took him 15 times – a shiny will spawn.

There you have it. Several viewers commented on how helpful the video was with its clear and concise message.