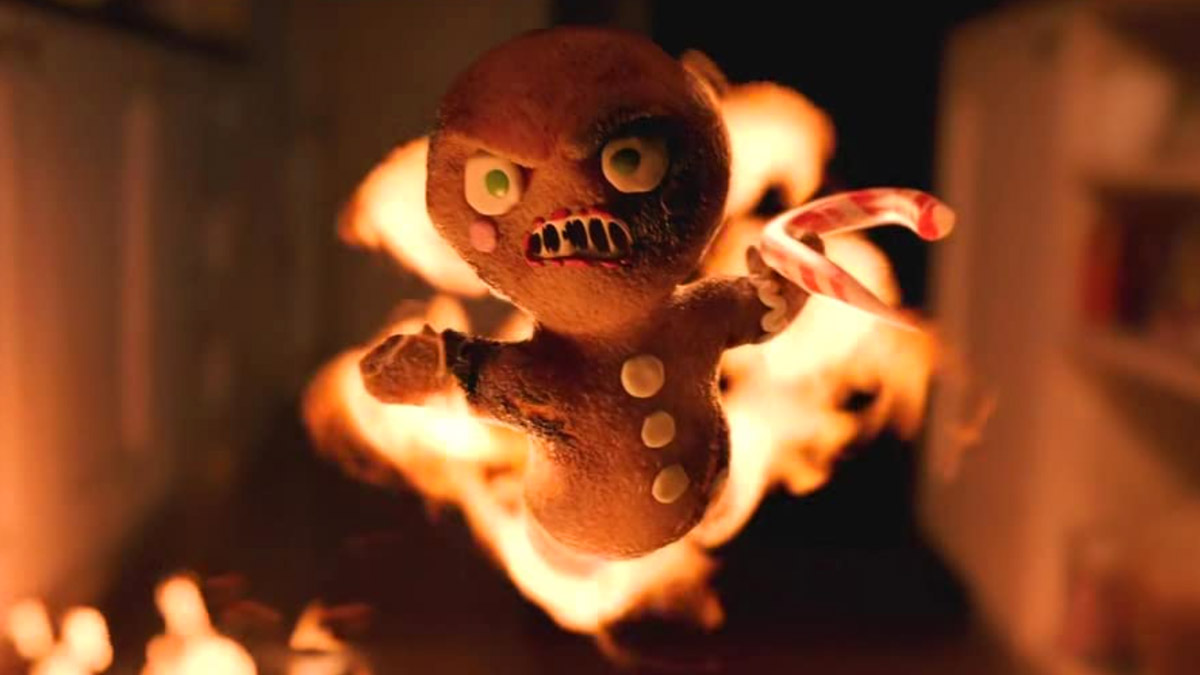 Ghost stories are synonymous with Christmas, and the supernatural stories of writers like Charles Dickens and M.R. James continue to entertain and scare around fireplaces in late December. Cinema, though, hasn’t missed the opportunity to expand the horror of the holiday season to more than specters and hauntings. Filmmakers have twisted the familiar trappings of the season for decades, with legions of fans getting a taste for a nasty Noel.

They might not be the most commonly named festive movies, but the list of horror movies set around the seasonal festivities continues to grow every year and inspire fevered fan debate.

Here are 10 yuletide films for horror fans to sink their fangs into between gingerbread cookies.

A Christmas party is the perfect setting for a horror concept, particularly when it takes place during a global apocalypse. Matthew Goode and Keira Knightley play the couple who throw an annual party for their friends, only this year the meal doesn’t end with after-dinner mints, but mercy pills the government has issued to save painful deaths.

Contrary to its title, it’s a talky ‘Last Christmas’ featuring a watchable cast, but Silent Night embraces its dark storyline with style and an irresistible dose of betrayal.

Three Black Christmas movies follow the same killer concept: a house of sorority sisters hounded by a nuisance telephone caller who turns into a slasher killer. The 1974 original just tops the remakes. It’s a twisty, atmospheric movie packed with a great cast, including Olivia Hussey, Keir Dullea, and Margot Kidder.

Sniffy reviews at the time have given way to respect, and its reputation as an essential slasher movie has grown over the years. Black Christmas slashed first so John Carpenter’s Halloween could define the subgenre four years later.

Krampus is the horror that helped bring the horned Christmas demon of European folklore into horror discourse. The naughty list is pretty weak compared to the threat of Saint Nicholas’s shadow. While Santa delivers gifts, Krampus is there to punish children and drag them to hell if they don’t change their behavior quickly.

In this horror, the hulking Krampus is even more ferocious and inventive. Krampus expands the creature’s power as the ancient ‘Bad Santa’ besieges a family home, ghoulishly twisting friendly Christmas icons, thanks to some great special effects, to trap anyone lacking in Christmas spirit one by one.

Joe Dante’s horror-comedy classic Gremlins is another movie on this list that drags folklore into the festive period. This time it’s pesky but deadly gremlins with a dose of new mythology that immediately entered movie lore.

All it takes is food after midnight to mutate incredibly cute mogwai into charismatically brutal reptilian critters. It was at the forefront of a surge in horror comedies and set a bar for its practical effects. They may have been a nightmare on set, but they were satisfying terrifying on screen.

The long journey home for the holidays is another festive experience we’re all familiar with that’s made for horror, as exemplified in Wind Chill. When Emily Blunt’s ‘Girl’ accepts a ride from Ashton Holmes’ enigmatic ‘Guy’ it’s guaranteed not to be a straightforward trip home to Delaware from university in Pennsylvania.

On an icy stretch of road, the pair are caught in a ghostly time loop that seems to repeat a decades-old murder. Things unravel slowly but erratically on a ghostly road trip that’s carried by its two leads.

The Dutch dark comedy Saint is another twist on a stalker Santa. Saint Nick is a corrupt bishop this time, hunted down and killed in the 15th century after he and his looting gang terrorized villages for years. When a full moon coincides with his death, he returns as a murderous ghost to take revenge with his vicious crozier.

It’s an interesting twist to see a zombie Santa returning to stalk a population that has forgotten he wasn’t a good guy at all. A ghoulish Santa and Krampus wrapped up in one short movie packed with impressive effects that are good for a quick horror buzz.

2015 was the year of Krampus. The horned horror is the subject of the fourth part of this chilling Canadian Christmas anthology, connected by the long shift of a DJ played by William Shatner.

Other tales include a tragic ghost in an old convent, the mystery of a shapeshifter encountered during a tree hunt, and a Santa taking on zombie elves and his dark side, Krampus. Killer concepts that could have made solo films on their right, and while it’s not the greatest horror anthology film, it’s festive fun.

Red Snow has a concept that starts like a Hallmark Christmas movie: vampire romance novelist Olivia is forced to spend the holidays alone at a lake cabin, only to meet handsome stranger Luke. Only this is an unexpected guest who arrives as a wounded bat with a vampire hunter on his tail.

The central tale of the writer who can turn her career around after meeting one of her subjects won fans, although its mix of gore and dark comedy isn’t for everyone.

An English market remake limped onto home media in 2016, but the French original is the one for the least squeamish horror fans to catch. Its title, Inside, is a pun that works on multiple levels. One Christmas, young pregnant widow Alysson Paradis finds her home invaded by Béatrice Dalle, a stranger intent on taking her unborn child.

It’s not a jolly Christmas watch but, as the trailer suggests, a traumatic, nerve-wracking, and brutal movie hailed as being at the forefront of new-wave French horror.

Look no further if you want a Christmas video nasty with an interesting history. This psychological slasher Silent Night, Deadly Night sees young Billy turn into a Santa-suited killing spree after a life of tragedy and abuse. It starts when he witnesses his parents’ murder on Christmas Eve.

It quickly became a cult favorite, helped massively by a controversial advertising campaign that drew a lot of attention for its ‘killer Santa’ theme. As this list and its multiple killer Santas shows, things have changed since the 1980s. As unlikely as it sounds, established a franchise, which is particularly rare for Christmas-themed horrors.