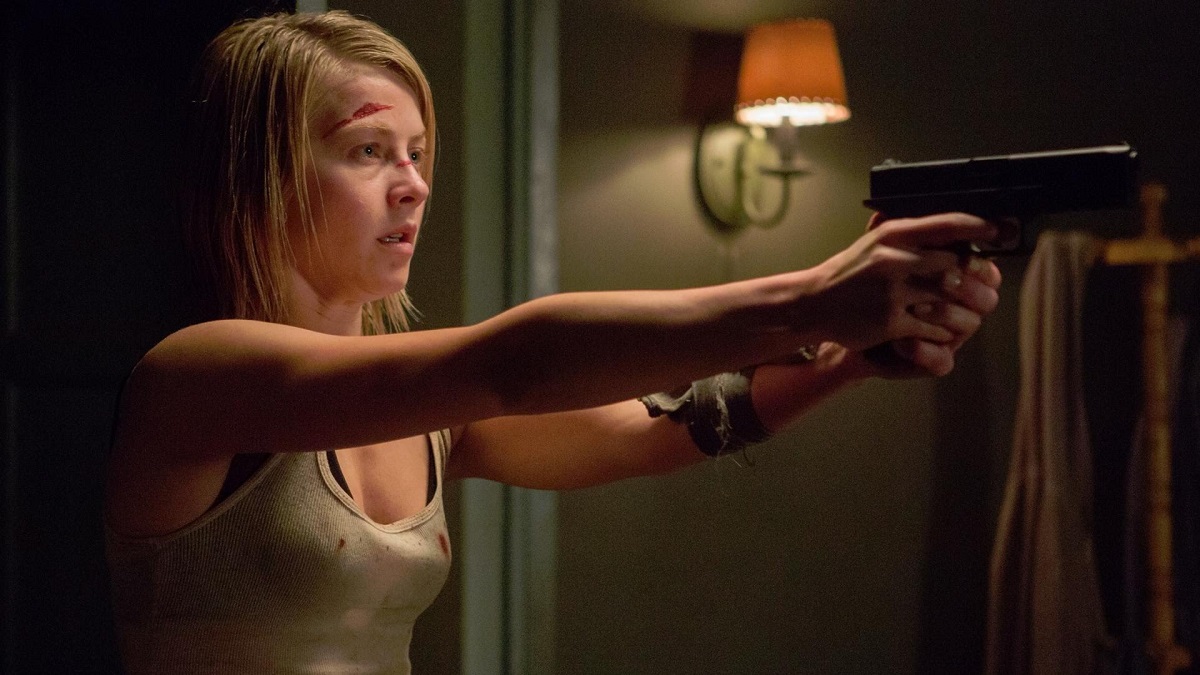 Blumhouse might be best known for churning out a consistently steady stream of smash hit horror movies, but the production company isn’t averse to tackling other genres every now and again. Forgotten 2015 thriller Curve doesn’t rely on jump scares, demons, or supernatural entities, but it packs more than enough blood to fit comfortably in Jason Blum’s wheelhouse.

Julianne Hough stars as a woman on her way to get married in Denver, driving her fiancé’s truck to get to the rehearsal. After speaking to her sister, she decides to deviate from the route and check out the Grand Canyon, which of course winds up going horribly wrong.

Like every other B-tier schlocker out there, her vehicle breaks down and she’s got no cellphone service, but a handsome and charming drifter with ulterior motives shows up to lend an assist. Before you know it, though, the bride-to-be has been threatened, held at knifepoint, and involved in a car accident that leaves her trapped in an upturned vehicle, but her would-be attacker survives and flees the scene.

Curve was originally and very quietly shuttled onto VOD, never to be heard from again, at least until this past weekend. As per FlixPatrol, Iain Softley’s last directorial effort has become one of the most-watched titles on the Google Play Movies charts, a most unexpected of comebacks.

A combination of dusty highway horror, revenge story, and race against the clock thriller, Curve doesn’t do a great deal to differentiate or distance itself from the countless other movies that bear a very similar premise, something that isn’t helped by an 82-minute running time that bolts through everything so fast none of it lands.