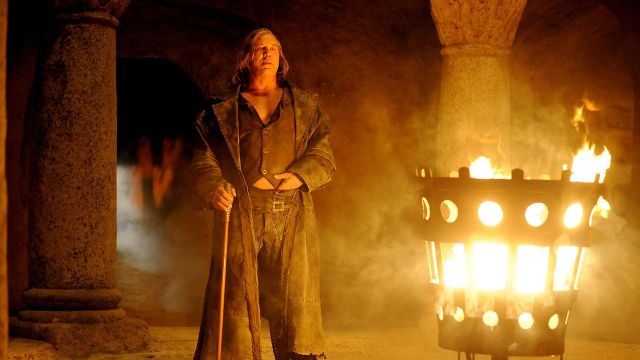 Have you ever wondered what would happen if the director of countless direct-to-video sequels spun off from popular hits would fare helming a hybrid of horror and Western that saw Danny Trejo bargaining with the devil himself, who also happens to be played by Mickey Rourke for some reason? If the answer is no, then you’re clearly not one of the many Netflix subscribers who’ve become enamored by Dead in Tombstone.

From Roel Reiné, who previously delivered sequels to John Cena’s The Marine and 12 Rounds, Dwayne Johnson’s The Scorpion King, Jason Statham’s Death Race, and Jean-Claude Van Damme’s Hard Target (none of which featured the aforementioned stars), the bizarre mashup can currently be found rising up the streaming service’s global watch-list, per FlixPatrol.

To be fair, there’s little chance anyone is going into the film expecting much besides gung-ho violence and supernatural shenanigans on a budget, so Dead in Tombstone does at least deliver on that front. Trejo’s Guerrero is murdered by his own running buddies in a power grab, but he makes a deal with Rourke’s Lucifer to return to the mortal plane to exact revenge.

From there, the bodies begin to pile up as the resurrected criminal sets out to rack up half a dozen souls to fulfill his obligations in order to secure freedom from the fiery bowels of the undead underworld, even though both time and the odds are stacked firmly against him. One for the hardcore Trejo completionists, really, but there does seem to be an awful lot of them who have Netflix accounts.