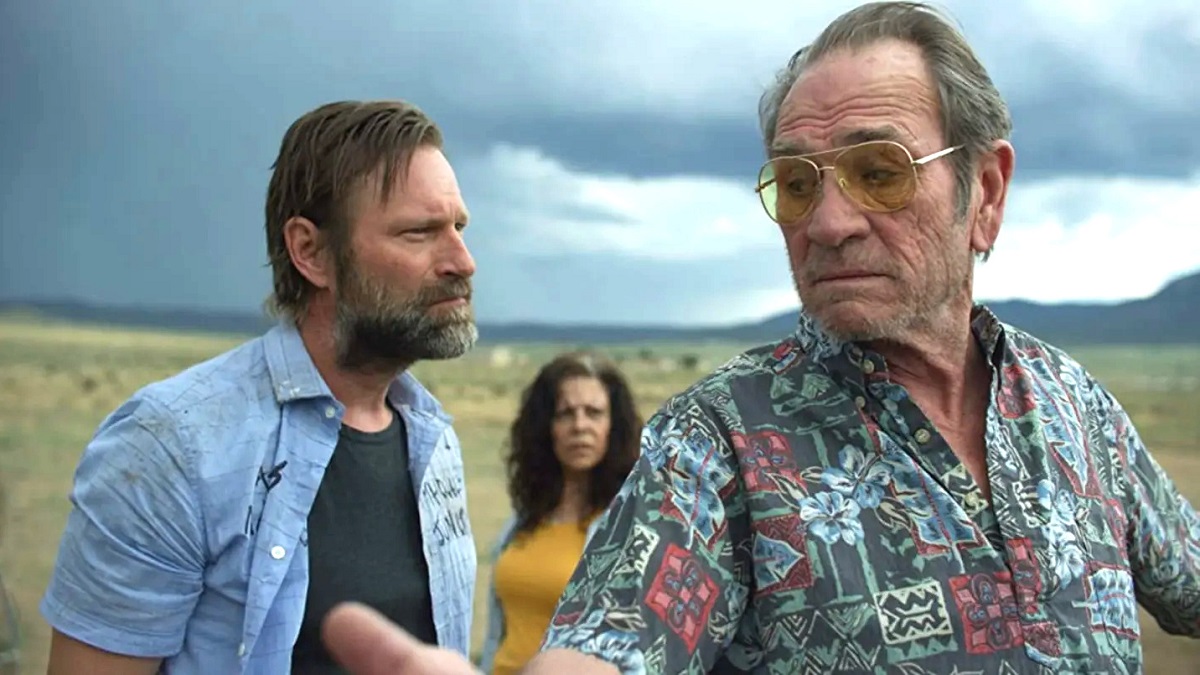 We can always rely on B-tier thrillers to play well on the Netflix most-watched list, because for whatever reason, subscribers just can’t seem to get enough of seeing a raft of recognizable faces going through the motions in a breezy, disposable and often fitfully entertaining caper.

The latest addition to the ever-expanding list is Wander, which arrived to virtually no fanfare at all when it first landed in December 2020, but has managed to stake a claim for streaming success. As per FlixPatrol, the absolutely bonkers tale has found a place on the most-watched list, and it’s poised to rise higher in the coming days.

Aaron Eckhart plays an unstable, paranoid conspiracy theorist and private investigator with a dark past, who finds himself utterly convinced that the case he’s currently working is linked to a conspiracy he believes resulted in the death of his daughter.

Tommy Lee Jones, Heather Graham and Kathryn Winnick lend support in a narrative that barrels through a series of increasingly far-fetched, incomprehensible and even ludicrous twists with the utmost conviction. Revealing too much would take us on a detour straight into spoiler territory, but Wander should at least be commended for the way it laughs entirely at the concept of believability with a straight face.