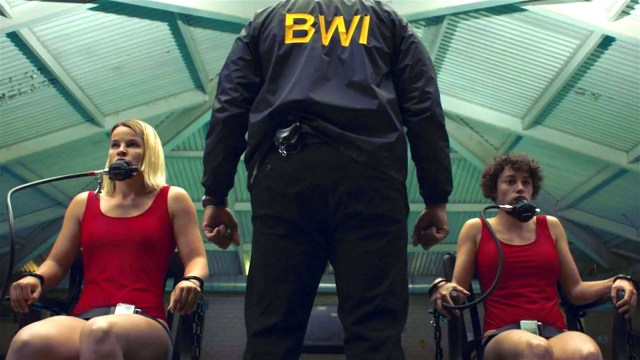 Slapping a fresh coat of paint on a formulaic premise is a lot easier said than done, especially when it comes to a genre like horror, where it takes more than ever to surprise gorehounds who think they’ve already seen it all. The ambition may have been much greater than the execution, but it can’t be denied that last year’s Witch Hunt came packing one hell of an ingenious central conceit.

We’ve seen so many tales of witches and witchcraft over the years that it’s long since become passe, but writer and director Elle Callahan constructed an instantly intriguing real-world application for the established mythology and iconography, even if opinion varies as to how successfully she pulled it off.

Witch Hunt unfolds in present-day America, where those capable of witchcraft are hunted down and persecuted by the government. An underground network assists those possessing abilities and tries to shuttle them across the border to seek refuge in Mexico, but federal witch hunters are always one step behind and relentless in their cause.

Sure, the sociopolitical commentary is a touch on-the-nose, but spinning a completely original tale rooted in well-known lore under the guise of a parable on the border and immigration crisis is nothing if not an enticing hook. A 60 percent Rotten Tomatoes score from critics, 27 percent user rating on the aggregation site, and a 4.5/10 on IMDb highlights Witch Hunt‘s polarizing nature, but it can’t be denied that the movie is killing it on streaming.

As per FlixPatrol, the polarizing blend of topicality and terror has reached ninth spot on the Hulu most-watched charts in the United States, reinforcing the continued (and effectively bulletproof) popularity of horror.