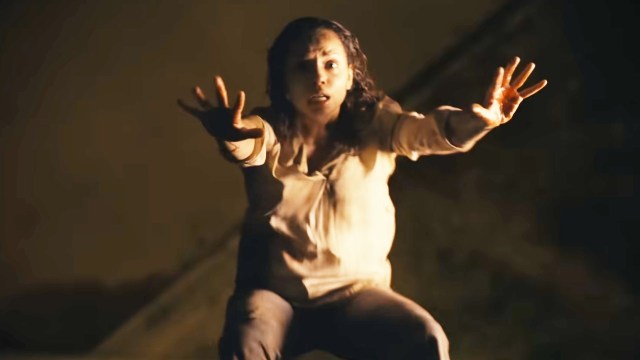 Horror is undoubtedly an ever-popular genre that keeps viewers coming back for more, and with a year as groundbreaking for horror as 2022, it’s certainly no major shock that genre fanatics have been eager for a particular spooky feature to make its long-awaited debut on streaming — and that would be in reference to Barbarian.

Released back in September, the Zach Cregger vehicle sought to convey a twisted Detroit experience to viewers, who definitely found much to be enthralled with. With that being said, Barbarian easily overshadowed several other horror films throughout the summer months, including Jordan Peele’s Nope and Alex Garland’s Men — both one-word titles that failed to match the allure of Cregger’s directorial debut.

Over a month after its much-discussed theatrical release, horror fans are now overjoyed to learn that the horror flick is available to stream on HBO Max and Star Plus. And while many gorehounds are sky-high over the recent news, others are shielding their eyes as they behold the film’s sheer terrifying nature.

A big win is the movie’s ability to keep audiences guessing.

Not allowing oneself to develop preconceptions is always beneficial.

Amongst the multitude of positive reviews, which even helped the movie achieve a 92 percent score on Rotten Tomatoes, some users were critical of the Bill Skarsgård-fronted horror not receiving a physical release. Nevertheless, Barbarian’s overabundance of twists and turns has kept genre fans wanting more of Cregger’s brilliance.

Who knows, maybe a bone-chilling sequel could even be in the works somewhere down the line. For now, Barbarian is available for digital download and to stream on HBO Max.