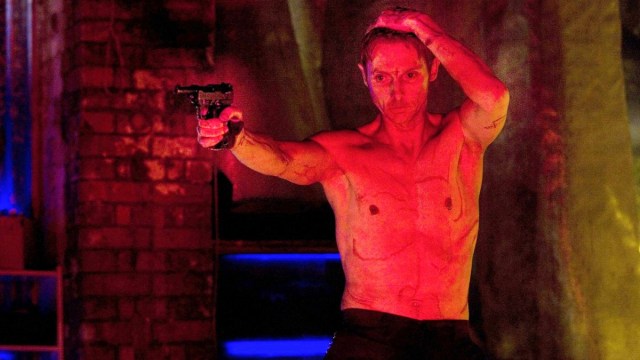 For an entire generation (or even two) of cinemagoers, Michael Caine is the kindly old man who shows up to deliver helpful exposition in effects-heavy blockbusters like the Dark Knight trilogy, Inception, The Last Witch Hunter, Now You See Me, Kingsman: The Secret Service, and many more, but rare outings like Harry Brown remind you why he’s a legend of the silver screen.

Having won two Academy Awards from six nominations, Caine hasn’t needed to prove himself for a long time, but as tends to be the case as you get older in the film business – lead roles become fewer and further between.

One of the major reasons why Daniel Barber’s brutal revenge story hit so hard was because Caine played firmly against the type we’d become accustomed to for decades while simultaneously leaning into it to catch us off-guard, and the end result was a remarkable tour-de-force turn that proved there was plenty of fire behind those elderly eyes.

13 years later and the unflinchingly over-the-top bursts of blood, bone-breaking, and outright brutality still pack a punch, with a Reddit discussion revolving around Harry Brown making a point of outlining that it’s one for “the seasoned veterans with this sort of appetite”.

The titular former soldier opts to take matters into his own hands when drug dealers and reckless youths begin terrorizing and even murdering residents of the London housing estate he’s called home for the longest time, but Caine doing Taken this ain’t. The violence put a lot of people off, but if you’ve got a strong disposition and a soft spot for watching an all-time great get their hands dirty in a rare leading role, then the 2009 gem is well worth tracking down.