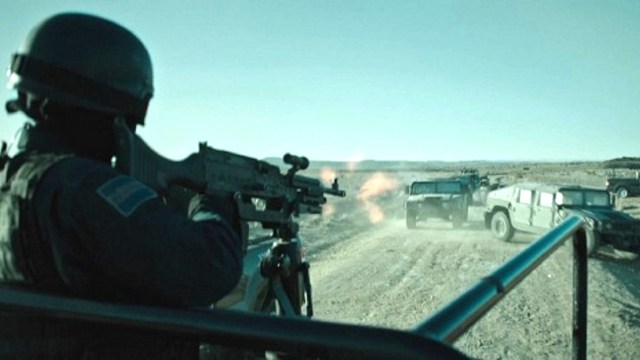 Denis Villenueve’s brutal Sicario wasn’t exactly a movie that screamed “franchise potential”, and while the acclaimed filmmaker didn’t return for follow-up Day of the Soldado, replacement Stefano Sollima did a more than adequate job.

Sure, the critical and commercial numbers suffered an almost-inevitable dip, with Sicario 2‘s 62 percent Rotten Tomatoes score substantially lower than the 92 racked up by its predecessor, while the box office numbers also took a hit by dropping from $85 million to $75 million, with Day of the Soldado coming burdened with a higher production budget, too.

This time around, Josh Brolin’s CIA agent investigates a Mexican drug cartel involved in smuggling terrorists into the United States. However, when the child of a criminal kingpin is abducted, the mission changes exponentially, with political tensions running dangerously high as the bodies begin to pile up the deeper and more complicated the case becomes.

Nobody expected Sicario to launch a multi-film enterprise, and threequel Capos remains in development as far as we’ve been led to believe, so Day of the Soldado being an above average conspiratorial crime thriller was a pleasant surprise given how many properties have dealt exclusively in the subpar and nothing else.

Four years on from a decent theatrical run, the bullet-riddled dive into the seedier side of the criminal underworld has been surging on the streaming ranks. As per FlixPatrol, Sicario: Day of the Soldado has scored multiple Top 10 finishes on Prime Video around the world, relaunching the little sequel that could back into the spotlight.