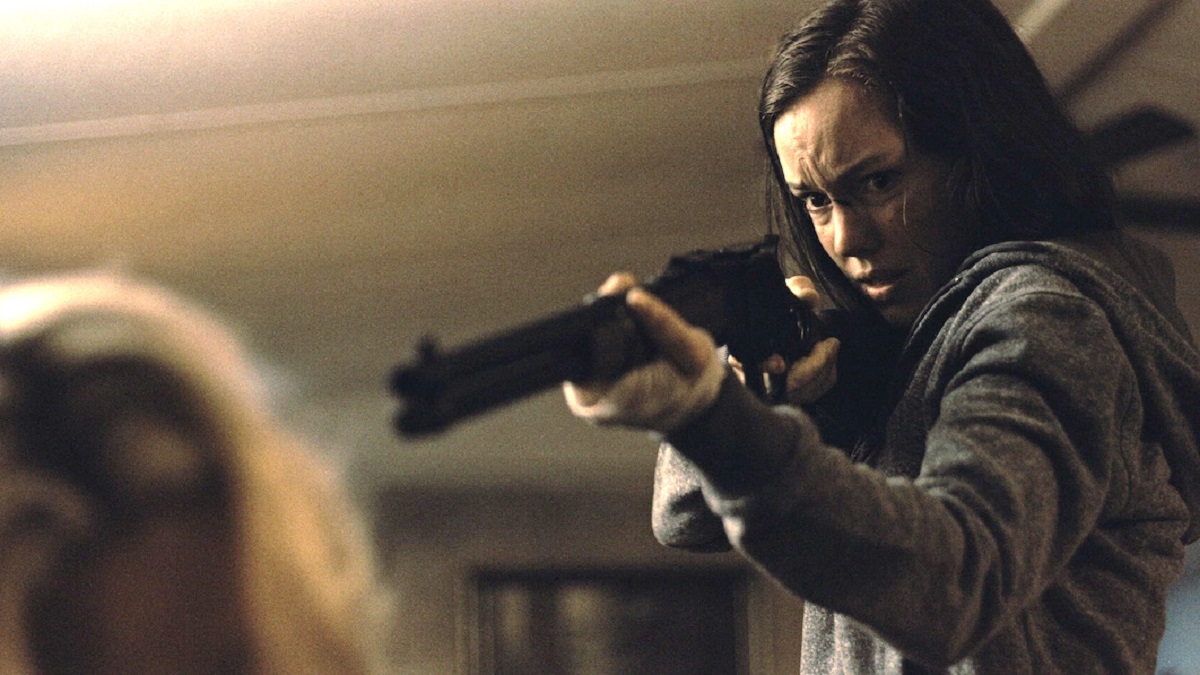 The problem with having so many streaming services available is that there are an abundance of excellent movies that can only be found if you know where to look, but fans have finally been discovering 2019’s intensely atmospheric and delightfully dark Blood on Her Name.

As per FlixPatrol, the widely-acclaimed psychological thriller has been making waves on the ad-supported platform Freevee, where it’s even managed to secure a Top 10 berth in the United Kingdom. Running for a lean and mean 85 minutes, there’s very little fat on the bones of what’s an enticingly simply premise that only gets more complicated as the story progresses.

Bethany Ann Lind leads the cast as Leigh Tiller, a single mother and mechanic who opens the movie standing in front of a corpse that’s been bludgeoned to death in her garage. Opting to orchestrate a cover up while also deciding to return the body to its family, Leigh’s loose thread on her own existence only continues to fray as more bad decisions stack up almost by the minute.

A Certified Fresh Rotten Tomatoes score of 96 percent should indicate to the discerning subscriber that Blood on Her Name is a cut above the average under-the-radar low budget genre flicks that saturate the marketplace, with the hard-boiled noir tracking one woman struggling to stay above water as her good intentions go disastrously awry a gem if ever there was one.

It might not be splashy, but Blood on Her Name knows how to get under the skin, and you’ll be thinking about it long after the credits roll.