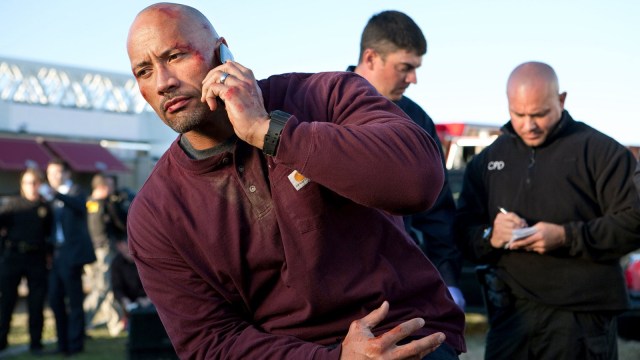 Having become the biggest, most popular, and highest-paid star in the industry, everyone knows what to expect from a Dwayne Johnson movie at this stage, which has essentially become a subgenre unto itself over the last decade.

The leading man will almost always produce through his Seven Bucks company, the budget will be north of $100 million, CGI-driven spectacle and chaos will be the order of the day, and the former professional wrestler will embody either a current or former member of law enforcement or military, who also doubles as a family man with a 50/50 chance of being divorced.

In fact, if you exclude any animated voice roles or brief cameo appearances, then the only pair of Johnson’s last 21 feature film credits that didn’t tick at least two of those boxes are Snitch and Michael Bay’s Pain & Gain, which is a damning indictment of the A-lister’s steadfast refusal to even contemplate venturing outside of his wheelhouse.

The former is an efficient little crime thriller that boasts one of Johnson’s most underrated performances, with the hulking action hero cast as a tormented father who voluntary goes undercover at the behest of the DEA to infiltrate the Mexican drug trade to try and shave some time from his son’s prison sentence after the youngster was caught with illicit cargo.

Hardly a smash hit from either a critical or commercial perspective, Snitch has nonetheless been making a splash on streaming this weekend after hitting the iTunes most-watched list, per FlixPatrol. Smaller in scale than more recent Johnson vehicles, it’d be nice to see him try and stretch his dramatic muscles way more often than we’ve seen.