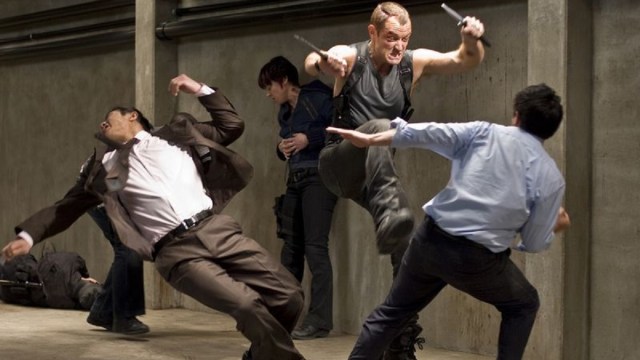 Miguel Sapochnik has established himself as one of the finest television directors of the last decade, but his behind-the-camera career hardly got off to the most auspicious of starts when sci-fi actioner Repo Men landed with a dull thud in 2010.

Despite boasting the unlikely-but-appealing central duo of Jude Law and Forest Whitaker, not to mention a high concept that provided plenty of scope for entertaining action and social commentary, the literary adaptation failed to even crack $20 million at the box office on a $32 million budget, while respective Rotten Tomatoes score of 22 and 41 percent hint that neither critics nor viewers were impressed.

However, Repo Men has thrown off the shackles and stigma of being a failure on every level to lock, load, and blast its way to success on the Netflix charts this week. As per FlixPatrol, Sapochnik’s feature-length debut has charted high on the platform’s worldwide watch-list, and it’s even the fourth-top title in both the United Kingdom and Ireland.

Law and Whitaker headline as the titular repossession experts, who seek to reclaim artificial organs from recipients who can’t keep up with their payments. Unfortunately, the former winds up with a new ticker that isn’t his own, which forces him on the run after he ends up in the exact situation as so many of his victims.

Had Repo Men arrived after Sapochnick cut his teeth on acclaimed episodes of House, Fringe, Game of Thrones, True Detective, Altered Carbon, and many more, then maybe it would have fared better. As it stands, though, Netflix users are dusting it off and giving it another chance.