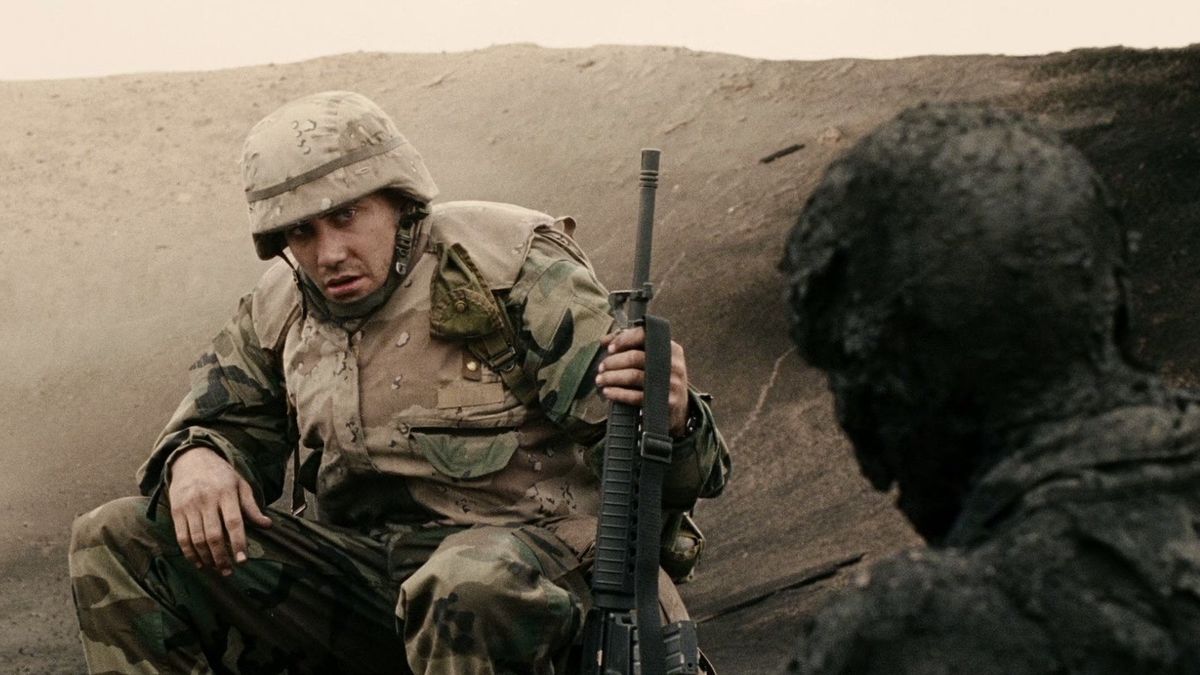 After winning critical acclaim, box office success, awards season glory, and an Academy Award for Best Director across his first two features, the pressure was well and truly on for Sam Mendes to replicate the overwhelming positivity that had greeted American Beauty and Road to Perdition. Instead, the world was gifted the resolutely underwhelming Jarhead.

Based almost entirely on the topicality of the story and Mendes’ newfound status as a filmmaking heavyweight, the adaptation of Anthony Swofford’s memoir was inevitably pegged as a potential front-runner for Oscars success. In the end, though, Jarhead had to make do with a middling box office haul of $97 million on a $72 million budget, and reviews that were almost the textbook definition of solid-yet-unspectacular.

The war genre has always proven to be hugely popular among the Netflix faithful, it should be said, to the extent that even overlooked and largely ignored titles like Jarhead can enjoy a second lease of life years after the fact. Mendes’ hybrid of societal parable and biographical drama has indeed returned to the platform’s charts per FlixPatrol, but so has one of the three sequels that exist for reasons unknown.

Even though Jarhead was based on a memoir written by a solider on the frontlines, it wound up evolving into an inexplicable VOD action franchise. Field of Fire, The Siege, and Law of Return landed between 2014 and 2019, and there’s absolutely no reason why they needed to come slapped with the same branding as Mendes’ opener, when each of the unnecessary follow-ups are 100% fictional, without a single tie to the source material.