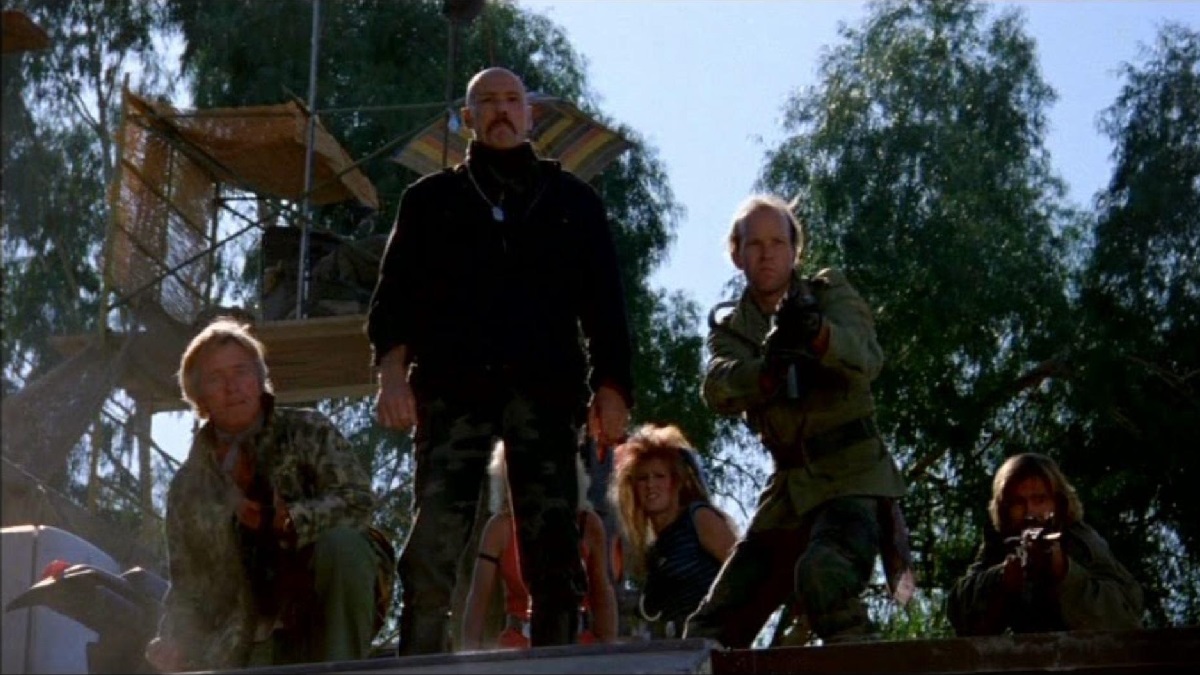 When you think of Survivor’s 1982 classic “Eye of the Tiger,” the first thing that probably comes to mind is the Rocky franchise. That’s completely fair when the third installment of the iconic boxing franchise heavily features the song, which ended up going on to land an Academy Award and Grammy nomination.

However, what you may not know is that there’s another film out there that both begins and ends with “Eye of the Tiger,” and it was released four years after Rocky III. What was this forgotten flick called, you may ask? Well, it was called Eye of the Tiger, if you can believe it.

Gary Busey stars as the excellently-named Buck Matthews, an ex-con trying to live out his days in peace with his wife and daughter. Of course, this being an action movie, a ruthless motorcycle gang with a mustachioed leader have taken over the territory, forcing our manic hero to battle back.

Eventually, he recruits his old Vietnam buddy to help take the law into his own hands, building to a bloody final showdown. Eye of the Tiger had long thought been lost to the sands of time forever, but to the surprise of pretty much anybody hearing that it’s genuinely a thing that exists, the widely-panned caper has delivered bang for its Buck Matthews on streaming.

Per FlixPatrol, not only is Eye of the Tiger a proud member of the Prime Video worldwide watch-list, it’s also the fifth most popular feature in the United Kingdom. And to think, Rocky III ended up stealing all the thunder.