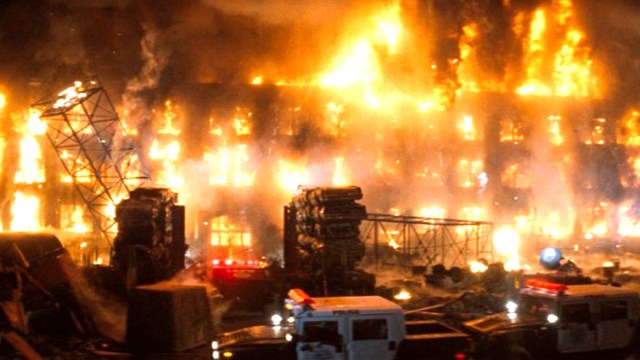 As one of the genre’s most enduring icons, Sylvester Stallone has starred in his fair share of classics. While 1993’s Demolition Man may not be his highest-grossing or most critically acclaimed shoot ’em up, for a lot of fans it remains their personal favorite from the musclebound legend’s long and illustrious career of kicking ass.

Even after 30 years, the futuristic tale of cryogenically-frozen nemeses Jon Spartan and Simon Phoenix renewing their hostilities in the peaceful utopia of 2032 San Angeles remains as popular as it ever was, with something as innocuous as the exterior of a modern Taco Bell causing the movie to trend as recently as this summer.

Not only that, but Stallone revealed in early 2020 that he was actively developing a sequel, even if we haven’t heard much on that front since. To cap it off, Demolition Man has also found itself in the midst of a massive resurgence on streaming, having secured a prime spot on the most-watched list of a major on-demand platform.

As per FlixPatrol, the fantastically over-the-top, eerily prescient, hilarious, action-packed, and high-octane thrill ride is bringing up the rear on Hulu’s Top 10 rankings this weekend, because few things play better when subscribers have free time on their hands than a couple of hours spent watching big biceps, bigger guns, and enough pyrotechnic chaos to reduce entire cities to smithereens.

Do we really need a Demolition Man sequel? Probably not, but based on the opener’s continued popularity, a lot of people would be more than happy to see it.