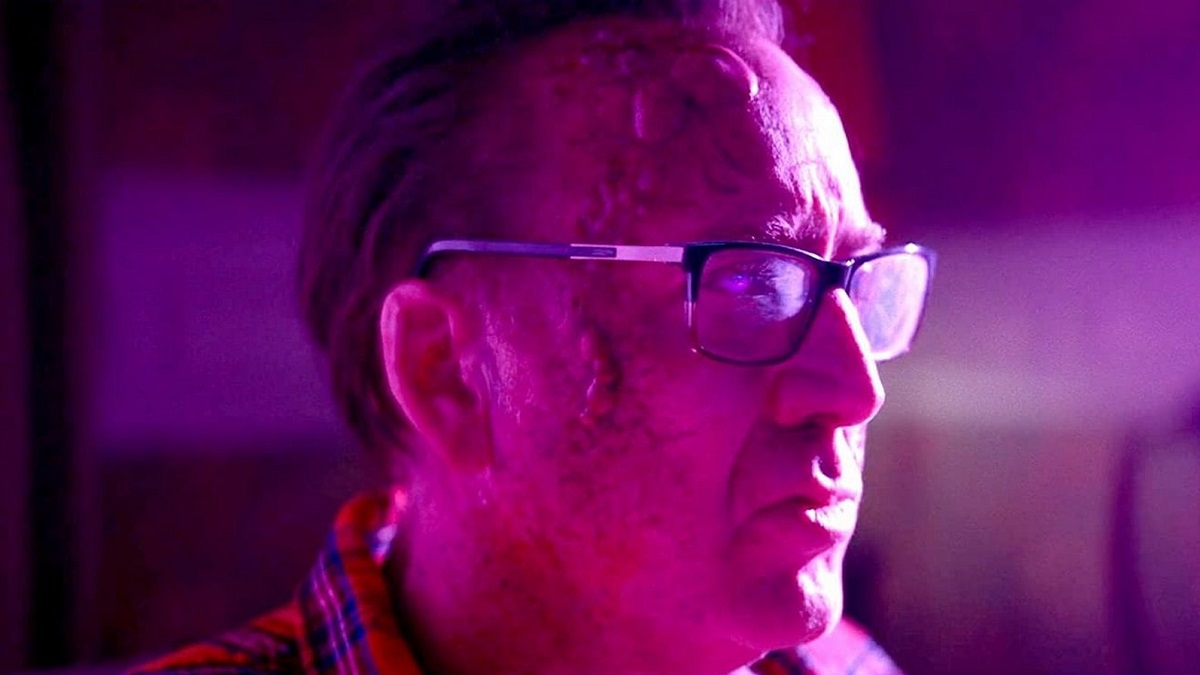 Nicolas Cage is one of the most meme-friendly actors in the business for a reason, but very rarely has he cut loose in such deliriously insane fashion as he did in Color Out of Space.

Of course, that was always going to happen when you take one of the most famously eccentric stars in the business, and put them center stage in a gonzo H.P. Lovecraft adaptation. Cage rarely dials things down, but he truly goes for broke in what ranks as one of the most committed turns from a performer who rarely gives anything less than 110%.

Cage plays family man Nathan Gardner, who gets drawn into a lurid technicolor nightmare when a meteor crashes in his front yard, which just so happens to contain a mutant organism from beyond the stars that begins to infect the minds of his wife and children, too, sending them spiraling into a dizzying hallucinatory state of outright insanity.

If anything, we’re selling it a little short, because Color Out of Space is absolutely bonkers, but in the right way. It’s clearly been captivating Netflix subscribers, after FlixPatrol revealed the instant cult favorite has charted on the platform’s global most-watched list, even if it’s hardly designed for relaxing viewing to unwind after a hard day.