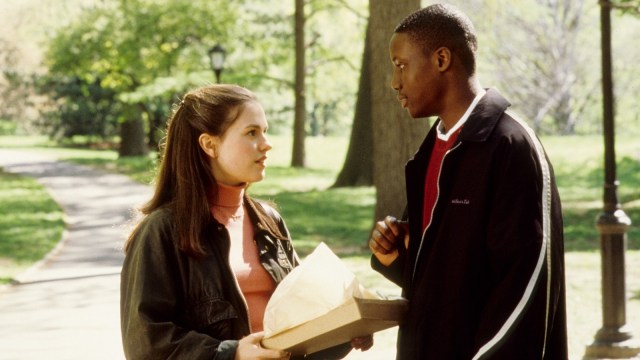 An intimate character-driven drama about two disparate people (in terms of age, status, upbringing, and personality) connecting and forming a friendship in unlikely circumstances has “awards bait” written all over it, but the enduring legacy of 2000’s Finding Forrester was nothing but memes.

Directed by two-time Academy Award nominee Gus Van Stant, with a cast headlined by Oscar winner Sean Connery, that featured support from fellow victors Anna Paquin, F. Murray Abraham, and Matt Damon, the quaint chamber piece drew enthusiastic reviews and almost doubled its $40 million budget at the box office, so it was a long way away from being a failure.

However, Connery’s unforgettable delivery of the line “you’re the man now, dog!” instantly became the most talked-about aspect of the film among the younger generation, spawning countless parodies, mashups, and memes, not to mention an entire website based on the quote, with Max Goldberg’s YTMND standing tall as a bastion of early online culture.

It’s a bizarre reputation to say the least, but Finding Forrester has cast off the shackles of memedom to reconnect with viewers on streaming, at least temporarily. As per FlixPatrol, the warm and fuzzy tale of a reclusive novelist taking a gifted protege under his wing has been soaring on the iTunes most-watched chart all weekend, a long overdue resurgence for one of the late, great Connery’s more underrated dramatic performances.

YTMND may have shut down back in 2019, but Finding Forrester has at least managed to enthrall a brand new crowd to keep its memory alive.