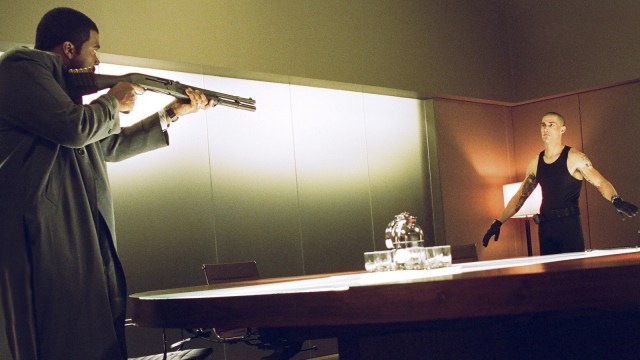 Trying to step into Morgan Freeman’s shoes is no easy task, especially when eyebrows were raised from the very second the legendary star’s replacement at the forefront of the Alex Cross franchise was announced. Tyler Perry wasn’t exactly the first name that came to mind when you imagine a hard-boiled serial killer thriller, but studio Lionsgate seemed confident.

The very same week Rob Cohen’s detective story was due to premiere in theaters, it was announced that Perry would be returning for second installment Double Cross, with the multi-hyphenate billionaire having put pen to paper on a deal. Proving in almost hilarious fashion that such confidence was woefully misplaced, Alex Cross wound up crashing and burning on both a critical and commercial level.

Not only did the film fail to even recoup its $35 million budget at the box office, but it was resoundingly panned by critics. An 11 percent Rotten Tomatoes score is diabolical stuff, and the reception to Alex Cross was summed up neatly by critics simultaneously blasting Perry for being so miscast as the rugged cop, while also lamenting the dedication of villain Matthew Fox – who got unrecognizably shredded to play serial killer Picasso – for putting so much effort into something so awful.

A decade later, and perhaps the wounds are beginning to heal at long last, or at least they are among streaming subscribers. As per FlixPatrol, Alex Cross has finally managed to capture an audience on the Prime Video most-watched rankings, where the unmitigated disaster has even landed a Top 10 spot in the United Kingdom. It was bold of the team to assume we wanted more Alex Cross before we’d seen it, and it ended up biting them in the ass.