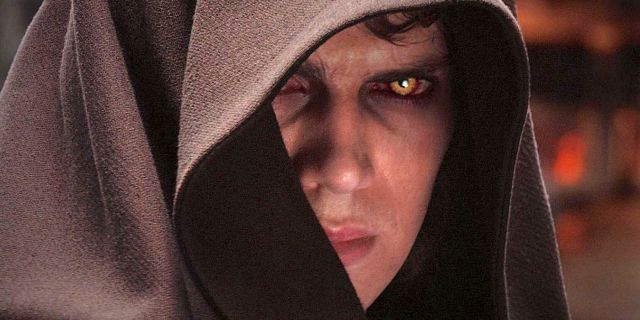 When it comes to the world of Star Wars and the ambitious narrative that resides at its heart, George Lucas never cared much for the concept of obstacles, all he ever saw were solutions and explanations that only made the canon more expansive, even down to the injuries that the cast sustained outside the set.

Recently, the fandom has dug up an old interview from Episode III – Revenge of the Sith that explains how Lucas, in all of his precedented cunning, immediately came up with a way to work Aussie actor Rohan Nichol’s shaving cut into the story. Unfortunately, since Captain Raymus Antilles only appears for a brief few seconds towards the end of the movie, a lot of fans have probably even missed the fact that his face was all slashed up in a few places.

“I just found out I’m doing a scene with R2-D2 and C-3PO and I’m thinking about that, but what I should’ve been thinking about was shaving, and of course, I give myself the biggest shaving cut of my life,” The actor remarks in the interview. “Blood pours out of my chin and I’m basically shi—tng my pants. I go back to make-up, blood everywhere. No one knows what to do. Now we’re close to the time when George is going to call me. I thought George was just going to say, ‘Who is this f—king idiot you’ve brought me?’

“Finally, it’s time to meet Mr. Lucas and I have my hand over my face. I take my hand away and say, ‘Hey, man, I’ve cut myself shaving. I’m really f—king sorry. He studies my face for a second and says, ‘I wouldn’t worry about that, you got that in the Battle of Utapau.’ Just before I go on, the make-up people say ‘George likes the cuts, so can we put on a couple more?'”

You can see the handiwork for yourself below.

For some reason or another, Star Wars fans are finding the whole story quite amusing.

The more you know, eh?