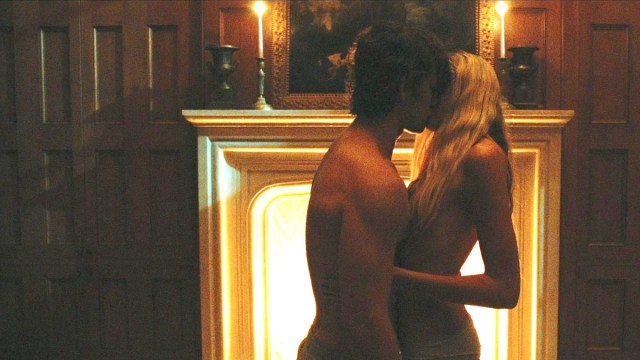 Romantic movies featuring beautiful people making doe-eyed faces at each other very rarely even aim to be interpreted as high art, but that doesn’t forgive 2014’s Endless Love for inadvertently heading down the unintentionally hilarious route.

The plot follows roughly the exact same formula the genre has been abiding by for decades, with Gabriella Wilde’s privileged teenager growing infatuated with Alex Pettyfer’s working-class troublemaker. Note; both of these people are highly photogenic, as is required by the unwritten laws of the romantic drama.

Naturally, it doesn’t take long for the pair to fall head over heels, but her disapproving father doesn’t want his sheltered daughter falling in with the wrong crowd. Meanwhile, his old man urges his son to trad lightly, with Bruce Greenwood and Robert Patrick providing the required veteran gravitas.

Of course, being told not to continue their romance only emboldens the pair to bring things to increasingly steamy levels, because those damned teens will never listed to a thing they’re told by their parents. You can guess where things end up heading, but that hasn’t prevented Netflix subscribers from diving headfirst into the cliches, formulaic, and ultimately silly world of Endless Love.

As per FlixPatrol, the very minor box office success has overcome a dismal 12 percent Rotten Tomatoes score to rank as the fifth most-watched title in the United States, despite reviews labeling it with such disparaging terms as “desperately wrong”, “antiquated”, “sappy”, “drivel”, “laughably bad”, and many other superlatives that streaming crowds are quite clearly ignoring.