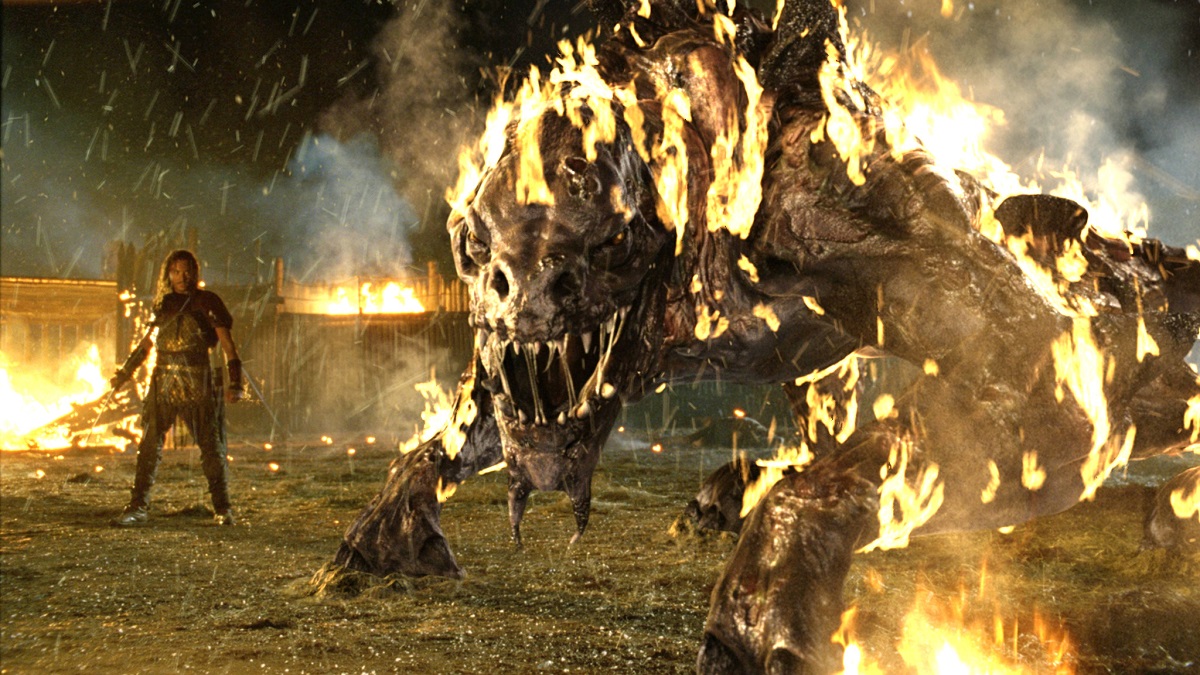 Having since been surpassed in name recognition, popularity, and general quality by the TV show of the same name, co-writer and director Howard McCain’s historical sci-fi actioner Outlander has long since faded from the memory.

Even if it didn’t have a six-season namesake cultivate a massive fanbase a decade later, that probably would have happened anyway, given that the movie was a critical failure and a box office disaster. On a budget of $47 million, Outlander‘s takings barely scraped past $7 million, while a Rotten Tomatoes score of 35% and a user rating of 44% suggests a general sense of apathy.

Which is a shame, really, when the premise was positively bonkers, and deserved to at least serve as the basis for an entertainingly tongue-in-cheek adventure that reveled in the insanity of its own existence. Instead, everything was played with the utmost seriousness, and it most definitely turned out to be the wrong call.

Jim Caviezel is an alien soldier who finds himself stranded in Iron Age Norway when his spaceship crashes, where he quickly runs afoul of the local population. As you’d imagine, the Vikings don’t take too kindly to a random handsome dude showing up with incredible technology, especially when he’s hunting his arch-nemesis the Moorwen, who they believe to be a dragon and/or demon.

Outlander is incredibly dull for what’s essentially a high concept romp with shades of Predator that bolts the action and sci-fi genres onto a spot of swords and sorcery for good measure, never mind the fact it wasted a solid supporting ensemble that includes Jack Huston, John Hurt and Ron Perlman.

Amazon subscribers haven’t been deterred, though, with FlixPatrol revealing the forgotten calamity has ascended onto the platform’s most-watched list this week, perhaps because people were looking for Jamie Fraser instead.