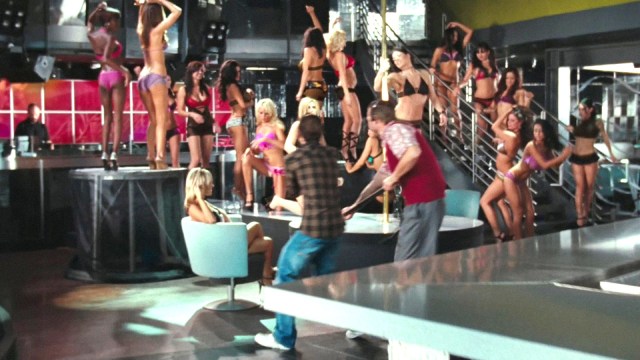 On their own, it wouldn’t be unfair to suggest that cinema, crime thrillers, character-driven dramas, and internet pornography are all very popular pastimes, but when the four were combined for 2009’s Middle Men, the results weren’t great.

George Gallo’s period piece enjoyed a measly three-week run in theaters before being made available in home video, where it failed to even generate $800,000 in ticket sales. Despite the best efforts of a game cast, not to mention a story inspired by a fascinating period in modern digital history, Middle Men couldn’t shake off the shackles of mediocrity.

Luke Wilson headlines as a businessman who gets led astray by drug-addicted would-be online pioneers, played by Giovanni Ribisi and Gabriel Macht. In an addled stupor, they come up with the genius idea to create a website that charges users to watch X-rated content, with Wilson’s Jack Harris the legitimate financier they need to turn their harebrained scheme into a reality.

Despite largely unenthusiastic reviews from critics and audiences the first time around, Middle Men has come out of nowhere to chart on the iTunes most-watched ranks, as per FlixPatrol, a full 11 years after first being sent out into the big screen wilderness to die a quick death. Head elsewhere if you seek titillation, but aficionados of the crime caper can apply within.