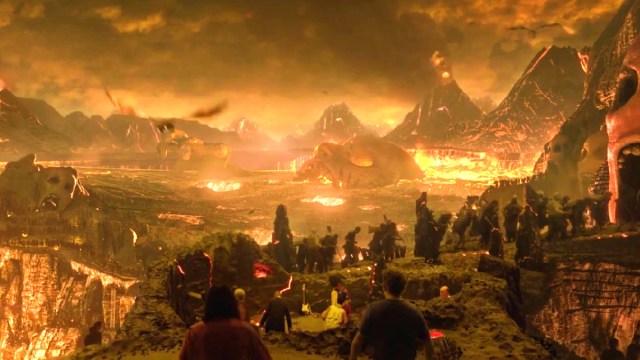 Development hell is a difficult place to escape from, with countless projects having been announced, written, planned, or even budgeted, only to fall into the abyss and never be seen or heard from again. While it was a massive positive that Bill & Ted Face the Music didn’t suffer a similar fate, the long-awaited return of the Wyld Stallyns couldn’t have picked a worse time to hit theaters.

Bill & Ted’s Bogus Journey arrived in July 1991, and for the longest time it felt like Alex Winter and Keanu Reeves would never be reunited for a third time travel comedy. Every so often we’d hear talk that things were moving along nicely, only for the dynamic duo to take one step forward and then three back for the next three decades.

Even when Face the Music was officially confirmed, many fans refused to believe it was actually happening until they saw set photos, and then a poster, and then a teaser, and then a trailer, and then a release date. That’s fair enough given the trials and tribulations Bill & Ted 3 went through, but nobody was accounting for the pandemic decimating the entire entertainment industry.

The summer of 2020 was not the ideal time to be rolling out theatrical exclusives, which is why Face the Music flopped hard after earning a shade over $6 million at the box office on a $25 million budget, despite scoring hugely enthusiastic reviews from both critics and audiences. A hybrid theatrical/PVOD bow did cover some of the shortfall, but it remains up for debate as to whether or not the movie turned a profit.

It’s a hell of a good time, though, and a burst of laid-back entertainment that deserves to be revisited for years to come, something streaming subscribers have been doing in their droves. As per FlixPatrol, Bill & Ted Face the Music has been tearing it up on the Prime Video most-watched chart, and it’s even the number four film among customers in the United Kingdom. Party on, dudes.