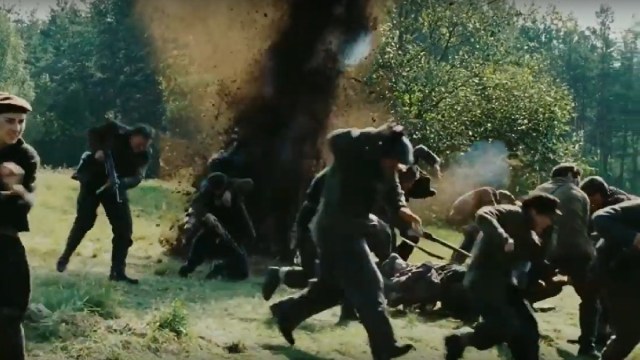 Having previously helmed Glory, The Last Samurai, Courage Under Fire, The Siege, and Blood Diamond among others, director Edward Zwick had more than proven his chops when it came to helming hard-hitting historical stories, as well as action-packed thrillers with mature and complex thematic trappings, which were often the same film. Defiance didn’t fare so well, though, even if it’s gone on to secure status as an overlooked gem in the grand scheme of the war genre.

Despite being based on an incredible true story, one that was brought to life by a top-tier cast that featured Daniel Craig, Jamie Bell, Liev Schrieber, George MacKay, Mia Wasikowska, and more, Defiance was deemed a significant disappointment at the time of its original December 2008 release.

Dropped into theaters in the midst of awards season, many thought the film would be gunning for Oscars glory, but it wasn’t to be. Instead, the gripping story of guerrilla warfare could only muster a 59 percent Rotten Tomatoes score to go along with its underwhelming box office tally of just $51 million, but it doesn’t deserve to be slept on the way it has been.

In a huge stroke of fortune, then, Defiance has stepped out of the shadows on Paramount Plus to become one of the most popular features on the platform this week, as per FlixPatrol. Unfolding in 1941, the equal parts harrowing and fist-pumping story finds three brothers escaping the Nazis to seek refuge in the forest, before gradually building up a militia of their own to take the fight to their oppressors. It’s stirring stuff, but not without serious emotional depth.