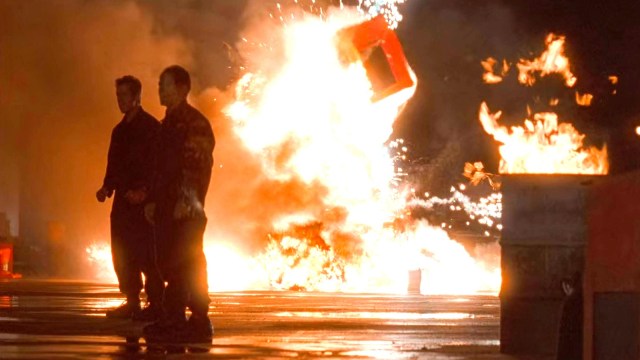 In a turn of events nobody could have foreseen as recently as a few years ago, the Karate Kid franchise is riding the crest of a cultural wave, with Sony announcing just yesterday that a brand new feature film is in the works, while Netflix’s sequel series Cobra Kai remains one of the most popular and talked-about TV shows on the planet.

That’s a far cry from how the franchise initially drew to a close, with 1994’s The Next Karate Kid holding the unwanted distinction of being the worst-reviewed and lowest-grossing installment by a country mile. Thanks to a woeful seven percent Rotten Tomatoes score and a paltry box office haul of just $16 million, it would be fair to say that the number one reason people even remember the film at all is because it marked the first major starring role for future two-time Academy Award winner Hilary Swank.

It wouldn’t be unfair to suggest that nobody gave as much as a second thought or the merest hint of a sh*t about The Next Karate Kid until very recently, either, and even then that’s largely down to the creative team behind Cobra Kai repeatedly admitting that they’d love nothing more than to have Swank’s Julie Pierce return as the legacy cameo to end all legacy cameos.

Perhaps due to the recent debut of the smash hit episodic offering’s fifth season, though, The Next Karate Kid has found itself riding a wave of renewed popularity on Netflix. As per FlixPatrol, since being added to the library in several major international markets, the derided final bow for Pat Morita’s legendary Mr. Miyagi has landed a spot on the platform’s global rankings, and it’s even embedded itself on the Top 10 in both the United Kingdom and Ireland.

The Next Karate Kid was a stain on the brand’s reputation at the time, but if Swank does end up swinging by Cobra Kai eventually, then all sins will no doubt be forgiven.