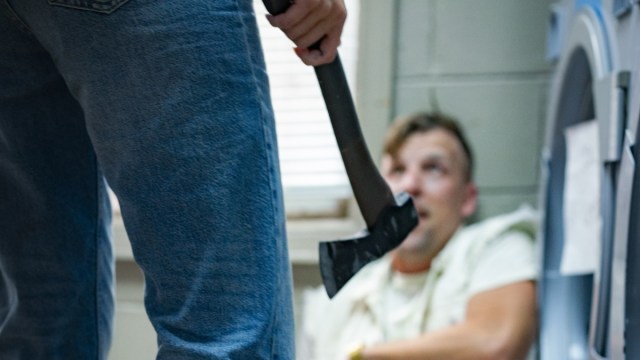 If all you knew about 2020 thriller Girl was the cast, crew, and premise, then you’d be well within your rights to have very low expectations for what sounded like a run-of-the-mill B-tier thriller in almost every way imaginable.

Directed by the excellently-monikered Chad Faust, controversy magnet Bella Thorne played the lead role, while the supporting cast was rounded out by a raft of VOD veterans including Mickey Rourke, Elizabeth Saunders, and Glen Gould. While we’re not here to claim that it’s a must-see slice of cinema, we will state the case for Girl doing the simple things very well.

Thorne’s revenge-fueled woman returns to her hometown with the sole purpose of inflicting payback on her abusive father. Instead, she gets caught up in a conspiracy that paints her already-troubled family history in an entirely different light, with a shady sheriff pulling the strings as our intrepid protagonist fights to overcome the odds that are supremely stacked against her.

Far from a classic, but a decent enough way to whittle away 92 minutes if your brain is switched firmly to the “off” position, Girl drew decent enough reviews from critics, but has now become a certifiable Netflix sensation. As per FlixPatrol, the violently deranged offering has bludgeoned its way onto the streaming service’s global most-watched chart, and has even become a Top 5 hit in Australia.

Groundbreaking? Absolutely not. Good? Entirely up for debate. Fun? If you’ve got a soft spot for the bloody and the bonkers, then you betcha.