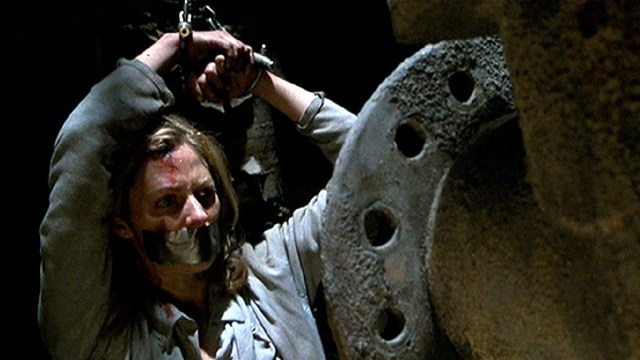 Based on nothing more than their respective star power and levels of popularity among the moviegoing public, there was no other outcome besides Denzel Washington and Angelina Jolie’s 1999’s serial killer thriller The Bone Collector becoming a box office smash.

True to form, the literary adaptation netted upwards of $150 million at the box office, with Patriot Games and Clear and Present Danger director Phillip Noyce once more displaying his chops for helming stylish big budget studio projects aimed towards an older audience.

The downside was that The Bone Collector didn’t fare too well with critics, and almost a quarter of a century later it hasn’t climbed above a 28 percent Rotten Tomatoes score. However, a 63 percent rating determined by over 100,000 user votes has made it clear that audiences enjoy it twice as much, which is no doubt why the suspenseless tale of mass murderer and buddy cop dynamics has been charging up the Netflix charts.

As per FlixPatrol, Washington’s quadriplegic Lincoln Rhyme tasking Jolie’s rookie to conduct his investigation as some sort of symbiotic supercop amalgamation has snagged a Top 10 position in multiple nations, because nobody’s ever going to get tired of seeing Denzel in glossy genre flicks that require a twinkle in the eye and an expertly-dispenses wry wit.

The Bone Collector is nowhere near the top tier among the back catalogue of its illustrious leads, but it’s a decent enough way to whittle away a couple of hours, especially when serial killers remain all the rage.