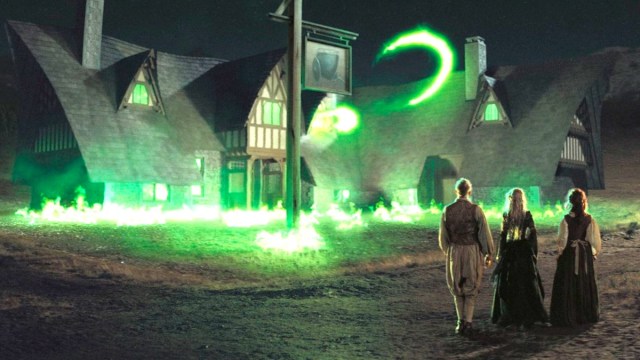 Looking at the source material, concept, cast, and crew, it’s reasonable to believe that Stardust would have proven a lot more successful had it been made a decade or so later. Then again, director Matthew Vaughn blasted the marketing for shying away from its more whimsical aspect, decrying the studio for painting it as The Lord of the Rings, and not The Princess Bride.

That’s an incredible roster, but Stardust could only cobble together a solid-if-unspectacular $137 million at the box office on production costs rumored to be hovering around the $90 million mark, with Vaughn admitting that his tentative plans for a 1960s-set sequel vanished once the numbers came in.

However, the tale of Cox’s lovelorn Tristan going on a remarkable adventure with a literal fallen star has endured; first on home video, and now on streaming. Per FlixPatrol, Stardust has soared to become one of the most-watched titles on Netflix’s worldwide viewership rankings, continuing to win over hearts and minds 15 years after its initial release.

It deserved to fly much higher than it did first time around, though, but an enduring status as an evergreen favorite will have to suffice instead.