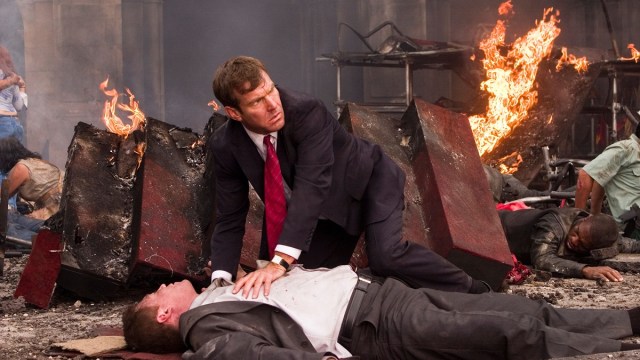 There’s no harm in paying homage to an undisputed classic of cinema that changed storytelling forever, and 2008’s Vantage Point is far from the worst attempt to employ the Rashomon method first brought to prominence in the legendary Akira Kurosawa’s 1950 classic, but it may well be one of the most underwhelming.

The technique involves the retelling of the same core plot point with a number of characters from multiple perspectives to try and create an air of mystery as to where the truth really lies. It’s solid in practice and loaded with timeless potential, but the feature-length directorial debut of Dredd‘s Pete Travis was severely lacking when it came to gripping drama, political intrigue, and even entertainment value.

The crux of the story finds a myriad of eyewitnesses trying to decipher, uncover, and even cover their tracks in regards to an attempt on the U.S. president’s life while the man in the White House was ironically attending a summit designed to drum up further support for the war on terror. Vantage Point was a sizeable hit after bringing in $152 million at the box office on a $40 million budget, in fairness, but the absolutely loaded cast really should have elevated the material much higher than they did.

Dennis Quaid, William Hurt, Matthew Fox, Forest Whitaker, Sigourney Weaver, Édgar Ramírez, and Zoe Saldaña are just a handful of names to flit in and out of the intercutting central incident, but the response from critics and crowds was a great deal more underwhelming than it had any right to be.

Nonetheless, big names and recognizable faces are a proven draw on streaming, so it’s not really a surprise to discover that Vantage Point has been making renewed waves on Netflix. Per FlixPatrol, the long-forgotten sleeper success has been snaking up the worldwide watch-list all week, and it’s even in with a shot at the global Top 20.