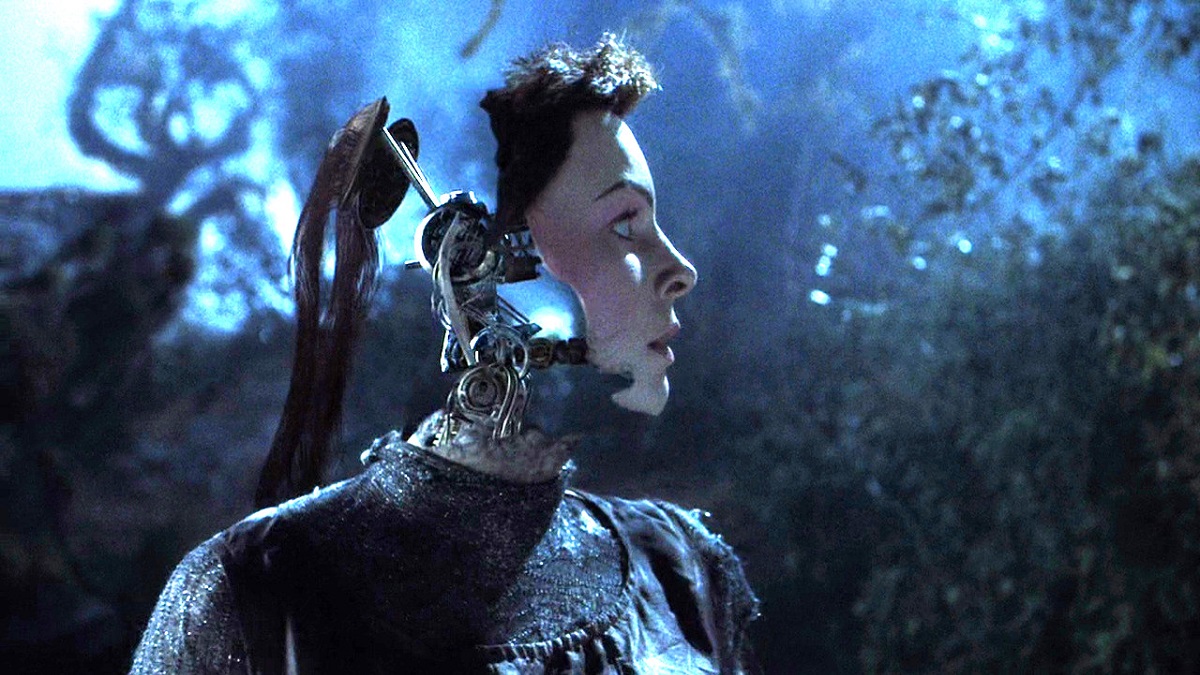 Legendary filmmaker Stanley Kubrick was known for his meticulous nature and attention to detail, and it was arguably never truer than in the case of ambitious sci-fi blockbuster A.I. Artificial Intelligence.

The Academy Award-winning icon began developing an adaptation of Brian Aldiss’ short story Supertoys Last All Summer Long in the early 1970s, but the project spent so long in development hell that Kubrick passed away more than two years before the finished product finally came to theaters in 2001.

Along the way, he repeatedly tried to hand the creative reins over to Steven Spielberg, but it wasn’t until after Kubrick’s death that he finally agreed to sign on and bring A.I. across the finish line as a tribute of sorts to one of his cinematic inspirations. It might be a Spielberg film, but you can see the fingerprints of its originator seeping out of almost every frame.

Roping in a stacked cast that numbered a fresh from The Sixth Sense Haley Joel Osment, Jude Law, Frances O’Connor, William Hurt, Brendan Gleeson, Adrian Grenier, Robin Williams, Ben Kingsley, Meryl Streep, and Chris Rock to mention just a few, A.I. would go on to draw strong notices from critics on its way to $236 million at the box office and a pair of Academy Award nominations.

More than 20 years after debuting, the adventures of robot boy David’s perilous journey to try and find his place in a cold unforgiving world has found a new lease of life on streaming, with FlixPatrol revealing Kubrick’s passion project to be one of the most popular features on iTunes this weekend.