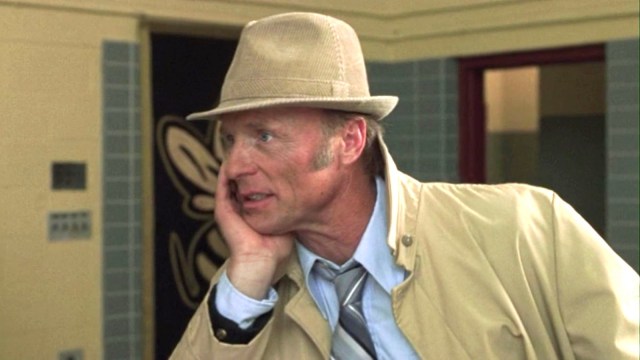 Thanks to an overdue increase in representation and diversity across the board in Hollywood, if 2003’s Radio were to be made today, it certainly wouldn’t star Cuba Gooding Jr. in the lead role.

The Academy Award-winning star ended up landing a Razzie nomination for Worst Actor thanks to the sentimental drama, which continues to split opinion. 122 critics on Rotten Tomatoes have agreed that Michael Tollin’s cloying feature only merits a 35 percent score, but over 100,000 users have seen the audience rating rocket to a healthy 79 percent.

The reason why Radio wouldn’t get a green light in the modern age is down to Gooding Jr. portraying a character with a disability, something that rightly wouldn’t sit well with a huge number of people in 2022. On-the-nose, borderline over-the-top, and Acting with a capital “A” in the extreme, it’s little wonder the leading man’s performance split opinion almost 20 years ago, never mind these days when society and the entertainment sphere is largely past the point of making such casting calls.

Adding another string to Radio‘s bow of split opinion, the feelgood sports drama has been riding the crest of a wave on Netflix’s charts, per FlixPatrol. Having been rising up the ranks for close to a week, the film is now right on the precipice of entering the overall Top 10, having charted near the summit in 18 countries.

It is what it is, although none of the content could arguably be interpreted or deemed as offensive, unless of course you have a burning hatred for schmaltzy, syrupy, drama.