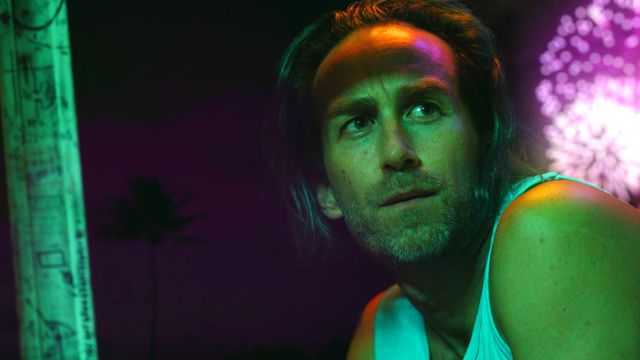 One of horror’s best new creative duos has continued an excellent hot streak with their latest film, proving themselves as the best up-and-comers once again.

Aaron Moorhead and Justin Benson’s new film Something in the Dirt had an excellent reception during its run at movie festivals but is now available for home entertainment. If you enjoy an exceptionally minimalist science fiction horror film, this is most definitely for you.

The film sees the directors also play its two lead roles, with them conceiving and making the film with a skeleton crew of 12 in their own apartment. Most definitely inspired by the pandemic lockdown, it uses its minimalist setting exceptionally way. The film sees them experience a supernatural cosmic event from their windows before they think of ways to turn it into a money-making exercise.

Now, the film is available to rent from Amazon, Google Play, and YouTube allowing you to cover pretty much all bases. Well worth the rental fee, and a real hidden gem you can brag about to your friends.

Incredibly well received, it saw praise in the festival circuit and currently sits at 90 percent on Rotten Tomatoes as the world slowly learns of its existence. Considering the duo’s previous work on films like The Endless and Synchronic, this is a very interesting film to be following.

Something in the Dirt premiered at Sundance all the way back in Jan. 2022, meaning it’s been a real oddity to find. Since then, Moorhead and Benson have seen their episodes of Moon Knight released as well as confirmation they’re helming the second season of Loki.