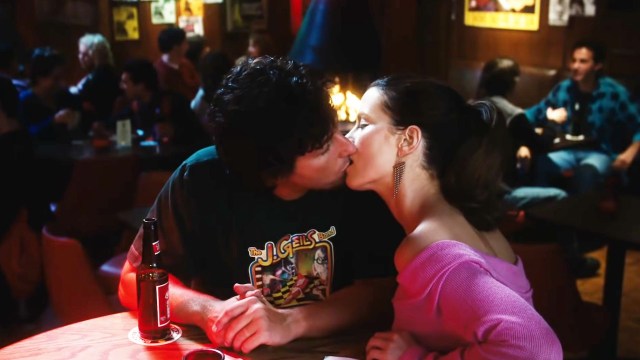 Within his Happy Madison production house, renowned comedian Adam Sandler has produced a slew of outlandish comedy staples over the years, including The Waterboy, Happy Gilmore, Billy Madison, The Wedding Singer, and Big Daddy. And while the majority of his earlier work received favorable reviews with hardened faultfinders, a large chunk of movies during the latter period of his career seems to have been battered by critics more than ever — which is precisely the case with 2006’s Click.

Directed by Frank Coraci with a screenplay from Steve Koren and Mark O’Keefe, Sandler stars as Michael Newman — an overworked, overspent architect who yearns to escape the difficulties of personal and professional life by skipping over bad moments in his life to get to the good ones. Luckily for Michael, when a universal remote control falls into his hands, he soon realizes that he can control his own reality by fast-forwarding, pausing, and jumping several years ahead through time, although the consequences are far worse than expected.

Despite a handful of genuinely tender moments throughout the film, stone-faced critics sought to bash the Sandler vehicle for its inconsistent tone, which blends slapstick humor with heartfelt situations throughout most of the film. As a result, Click currently holds a lackluster 35 percent critics’ score on Rotten Tomatoes, although its efficacious 66 percent audience score makes the case that the movie actually resonated with folks thanks to its originality and overall impression.

As it turns out, eagle-eyed HBO Max subscribers apparently agree with the audience score and have since propelled the bashed comedy towards the spotlight. As per FlixPatrol, Click has jumped a jaw-dropping 62 places to find its place in HBO’s Top 15, with the movie performing well in a variety of countries around the world — proving that critics can’t stop moviegoers from enjoying this timeless, yet undoubtedly inconsistent flick.