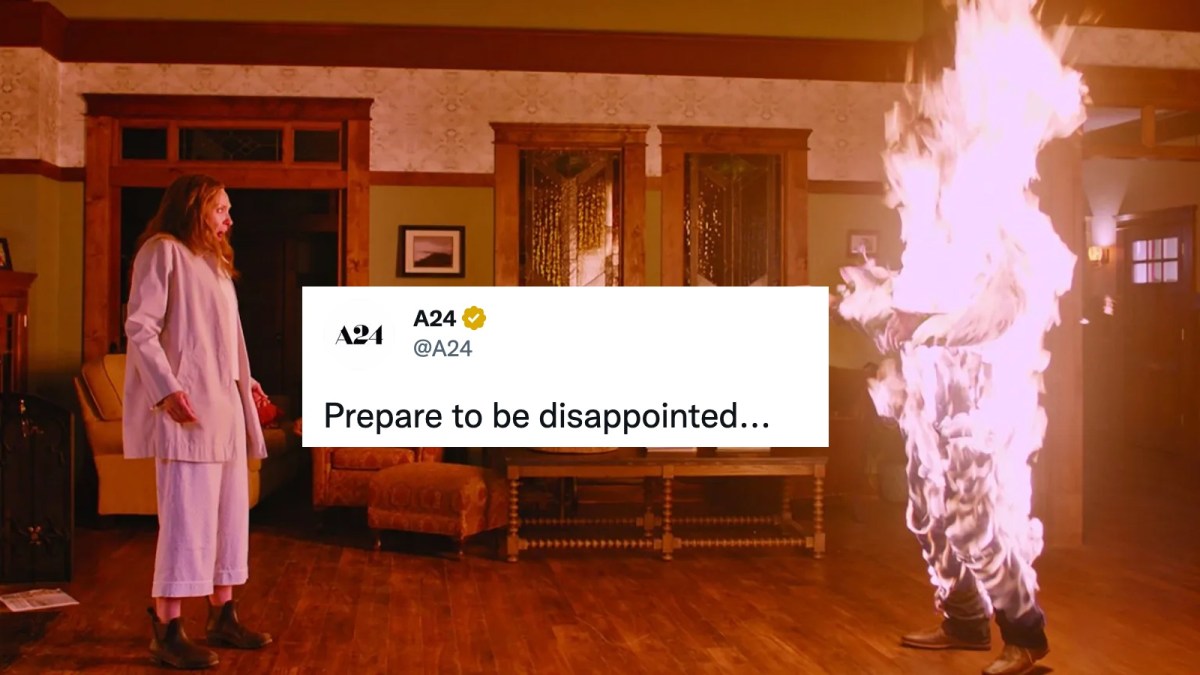 A24 have put the cat amongst the pigeons on their social media, with them enticing fans for a massive update for Ari Aster’s next movie after the monstrous success of Hereditary.

Aster has garnered a reputation as a modern master of horror following two excellent showings in the genre with 2018’s Hereditary and then the deeply disturbing Midsommar a year later. Two hits have fans very much intrigued by what his next offering will be, with 2023 set to see the release of Disappointment Blvd.

The horror comedy has very little known about it so far other than its ridiculously stacked cast with Joaquin Phoenix, Nathan Lane, Patti LuPone, Parker Posey, and many more big-name indie stars. A24 is keen to reignite interest, with them suddenly quote-tweeting a post from 2021 simply saying “prepare to be disappointed”.

Given the shock bump in the thread, the natural thought process flows to the potential of a trailer release.

The title of the film does open it up to the very real and unfortunate reality of lazy review taglines. If your negative review for Disappointment Blvd. doesn’t involve some sort of framing around the word ‘disappointing’, hand back your critical credentials. Given Phoenix’s involvement in the film and Aster’s last two films, it feels as though it’s already an early contender for 2024 awards season.

There is no firm release date for Disappointment Blvd., but should A24’s teasing actually result in a trailer we’ll likely get a confirmation of its cinema debut. Originally intended to release sometime in 2022, it was pushed back like many projects due to obvious reasons.