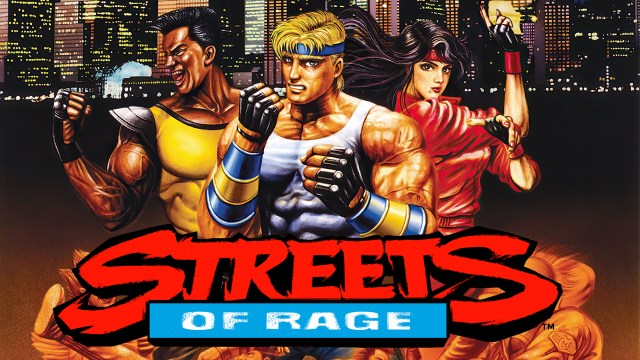 Image via SEGA
Review of:

Video game fans rejoiced with the announcement of the Streets of Rage movie in development by Lionsgate, especially with the news that Derek Kolstad, the John Wick creator, would be at the helm.

The original trilogy of games, produced by Sega, followed three former police officers – Axel, Blaze and Adam – who were trying to clean up the streets of the fictional Wood Oak City, while the crime lord known as Mr. X tries to take over the city. The original games came out in the early 1990s, but Streets of Rage 4 was released in 2020. Set approximately 10 years after the events of Streets of Rage 3, the new game can be played on Nintendo Switch, PlayStaton 4, Xbox One and the PC.

Since the announcement of the upcoming film, fans of the popular Sega video game franchise have been wondering which Hollywood actors could possibly step into the pivotal shoes of their favorite characters. Casting for the movie will depend on whether the film is set when the heroes are younger or older. Here are some of the popular choices for both, as well as some other fun selections.

Axel Stone is a master of the martial arts, known for his signature moves grand upper – a sliding uppercut, dragon smash – quick punches followed by an uppercut, dragon wing – a move in which he swings his arm around in a circle, hitting all the enemies nearby.

He is a white man with blonde hair and blue eyes. While that describes a lot of Hollywood actors, there are a few that Reddit users would like for the role of their favorite fighter.

Jamie Campbell Bower looks far younger than he actually is and has been a Hollywood staple since 2007. He has appeared in some of the biggest movies and TV shows in the world, such as The Twilight Saga, Harry Potter and the Deathly Hallows, Camelot, and The Mortal Instruments: City of Bones, among others. He most recently starred as Vecna in the hit Netflix show Stranger Things.

Bower’s age, blonde hair and good looks would make a great contender for the role of a young Axel Stone.

William Zabka is known as one of the bad boys of 80s movies following his iconic role of Johnny Lawrence in The Karate Kid. After taking a hiatus from acting, he returned to the role – this time as the protagonist – in Cobra Kai.

The 57-year-old actor easily looks like he could have been the inspiration behind the character of Axel Stone and would be the perfect fit for the seasoned martial artist.

Blaze Fielding is a Judo master known for the speed, agility and strength. She is known for her powerful kicks and energy bursts.

Blaze is a white woman with brown or black hair, depending on the game. She is known as the strongest character in the games, so the actress who plays her should be believable as the powerful character.

Karen Gillan is no stranger to portraying video game characters with moxie. She starred as Ruby Roundhouse in Jumanji. She also flew through time and space as Amy Pond in Doctor Who and most notably stars as Nebula in Guardians of the Galaxy.

The Defenders and Jessica Jones star is no stranger to fight scenes, with superpowers that help her take down a variety of bad guys. With the right look and martial arts experience already under her belt, Ritter would be perfect for the role of Streets of Rage’s strongest character.

The last of the three main protagonists is a boxer and kickboxer who is known for his roundhouse kick. When performed immediately after an uppercut, his roundhouse has the power to send his opponents flying across the screen.

Adam Hunter is a Black man with excellent fighting skills. He has a family, with a daughter and brother who join the game series after the first installment.

Jacob Anderson currently stars as Louis de Pointe du Lac in Anne Rice’s Interview With the Vampire, but became a household favorite as the Unsullied warrior Grey Worm in Game of Thrones, a character known as one of the greatest fighters in the series. The popular series showed Anderson’s fighting skills, which would make him a great choice for the role of a young Adam Hunter.

Michael Jai White has the look and the skill to portray a seasoned version of Adam Hunter. The actor and martial artist is best known for his roles in Spawn, Black Dynamite, For Better or Worse, and Arrow. If the makers are going to cast him as Adam Hunter, they better act fast. The busy actor has a whopping 11 upcoming projects.

Adam’s little brother Skate enters the video game in Streets of Rage II, after Adam is kidnapped. Skate is small, but fast and also powerful. His signatures moves include the flying headbutt, spinning attack, and the breakdance.

The young up-and-coming actor has starred in The Good Place, Ready Player One, Cousins for Life and most recently in Cobra Kai as Kenny Payne. He was able to show off his martial arts skills as the hit TV show’s newest member, keeping up with the show’s veteran martial artists.

The game wouldn’t be complete without its antagonist Mr. X. The crime lord doesn’t have any fighting skills, choosing to arm himself with a machine gun instead. He is muscular, with long black hair.

The former World Wrestling Entertainment superstar has made quite a name for himself in the acting world, with a string of hits, such as Guardians of the Galaxy, Blade Runner 2049, and My Spy. He will also star in the upcoming murder mystery Glass Onion: A Knives Out Mystery. With a black wig, Dave Bautista looks like he was made to play Wood Oak City’s crime boss.

Antonio Banderas would be a cool twist on the antagonist. The award-winning actor best known for The Mask of Zorro, Spy Kids, Assassins, Evita, and Shrek is great at playing comedy and action. He would be a fantastic choice to play an older version of Mr. X.