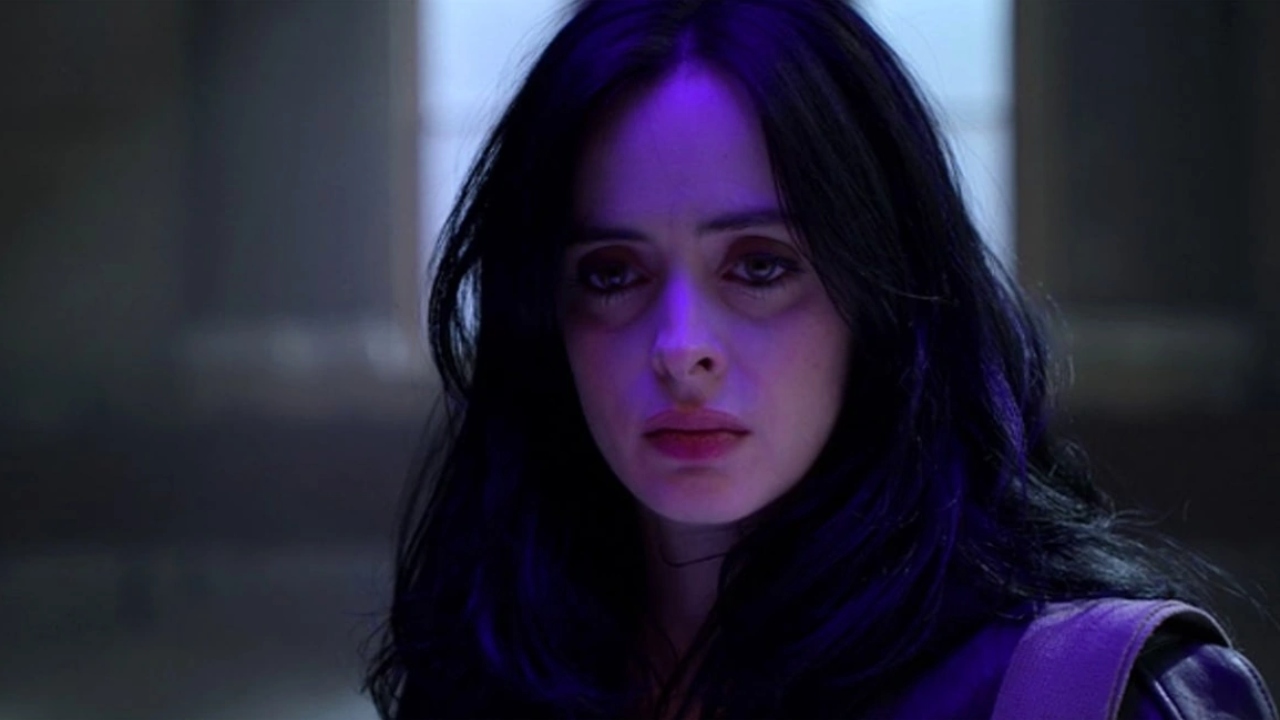 Jessica Jones is one of Marvel’s most fascinating characters. First introduced in Alias #1 in 2001, the character has undergone many changes.

And now, with the Jessica Jones TV series and the rest of the Defenders Saga hitting Disney Plus, fans are again reacquainting themselves with this unique and storied heroine. But exactly what powers does Jessica Jones possess?

What Is Jessica Jones’ Origin Story?

Jessica was a regular girl until her family got involved in a horrific accident. While on a road trip, Jessica’s father accidentally crashed their car into a truck carrying experimental material. This crash killed her family, but a canister of the chemicals landed on Jessica, sending her into a coma.

Once she woke up, Jessica found she had become her school’s outcast. With everyone knowing her as the coma girl rather than a regular student. This made life hard for young Jessica, and after a day of immense stress, she suddenly flew up into the air. This event made Jessica realize that the material had given her various superpowers.

Jessica would start to use these powers for good, taking on the moniker Jewel. However, this choice would soon backfire on her. While stopping a crime, she encountered Zebediah Killgrave. A villain who is more commonly known as the Purple Man.

The Purple Man would use his mind-controlling abilities to take control of Jessica. He would then kidnap and torture Jessica for several months, using her to fulfill his sadistic desires. Eventually, Killgrave sent Jessica to the Avenger’s HQ to kill Daredevil. As Killgrave had finally become frustrated by the hero’s constant interference in his plans. However, this plan fails as Jessica attacks the wrong person due to Killgrave’s control weakening when she gets further away from him. And the subsequent fight with several members of the Avengers puts Jessica in another coma.

Once she wakes up and recovers from this, Jessica decides to give up the superhero life and instead becomes a private investigator. Jessica forms Alias Investigations and dedicates herself to helping people in need. However, these investigations often lead to her being pulled into the superhero community and its issues. Meaning that she has become entangled in many of the Marvel universe’s biggest storylines.

What Are Jessica Jones’ Powers?

The experimental material gave Jessica many different superpowers. The most noticeable of these powers is the ability to fly. However, unlike many of her superhero peers, Jessica has not worked to master that ability and thus rarely uses it. Instead, she uses it more as an enhanced jump.

Jessica is also superhumanly strong, which allows her to hit hard and lift things a non-superpowered human wouldn’t be able to lift. She is also very durable, able to survive things that would kill most regular humans.

She also has a healing factor. While not as powerful as other healing factors found in the Marvel Universe, it allows her to heal injuries quickly. These powers let her survive encounters with people way above her power level, which often comes in useful.

However, Jessica’s most useful ability is her knowledge. She is an expert investigator. She can break cases open and solve things that would utterly bemuse other people. She also knows a lot about hand-to-hand combat, having practiced and learned many combat styles. This, combined with her durability and strength, makes her extremely powerful when fighting street-level criminals.

After being put in a coma by the Avengers, Jean Grey used her psychic powers to install a defense mechanism in Jessica’s brain. This mechanism makes Jessica immune to Purple Man’s mind control and several other forms of mental manipulation. However, she is not immune to all forms of mind control.

How Does The Defenders Saga Jessica Differ From The Comics Version?

While the version of Jessica Jones found in Defenders Saga is similar to the one found in the comics, she does differ in a few ways.

The most considerable change is how Jessica became immune to Purple Man’s mind control. When Purple Man ordered Jessica to kill Reva Connors, Jessica obeyed. However, the trauma of committing murder changed something within Jessica, allowing her to block out Killgrave’s commands.

In this version, it is revealed that Killgrave’s powers act almost like a virus. Meaning that it is possible to become immune to it. And it is also suggested that Jessica’s blood can be used to make an anti-Kilgrave vaccine. However, this means that this version of Jessica is still vulnerable to other forms of mind control.