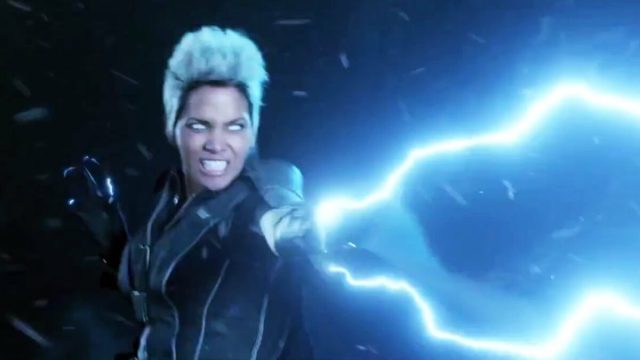 The team behind Black Panther: Wakanda Forever may have admitted that it was too early to fold X-Men icon Storm into the mythology, in spite of the longtime fan favorite’s history with the fictional African nation in the comic books, but that doesn’t mean pretenders can’t start throwing their hats into the ring already.

We’ve seen Halle Berry and Alexandra Shipp play Ororo Munroe in the live-action 20th Century Fox franchise, but the door remains wide open for any and all aspiring young actresses to secure the gig for themselves when the hotly-anticipated Marvel Cinematic Universe reboot begins its casting process, as far away as that may be.

As it turns out, though, we could be set for a sibling rivalry to reach new heights after Chloe Bailey admitted to Variety that she’s got her eyes set on Storm, a part her sister Halle already revealed previously at D23 she’d love snag for herself.

“I’ve always wanted to be a superhero, and she’s my favorite one, so you can fill in the blanks. She is just so fierce and sexy and strong — all of the things I want to be — and she’s beautiful at the same time. And she doesn’t take any shit.”

Give that Halle will be headlining The Little Mermaid next year, she may have an advantage over her sibling by having one foot in the blockbuster Disney door already. Will the two eventually go head-to-head when Storm is poised to officially re-enter the fray? Time will tell, but you can guarantee it might not be the friendliest of competitions between the high-flying pair.